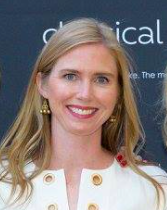 Abby Bowers Gerken was born and raised in Baltimore City. The Baltimore Symphony Orchestra and Peabody Institute provided a childhood enriched by classical music performances, leaving a deep and lasting appreciation for the genre.

Although her musicianship started with playing percussion in an elementary school orchestra, peaked in high school, as a bongo player in a high school jam band, her love of music and respect for those who pursue serious classical study and devotion is steadfast. It remained with her as she headed west to train with the U.S. Mountain Bike Team and study at the University of Redlands as a proud Johnston Student, choosing a college campus life with the ever-present sound of classical music.

After earning a Bachelor of Arts in Religious Studies with honors and achieving Phi Beta Kappa membership, Gerken went on to earn a M.T.S at Harvard University, focusing on World Religions. After seriously considering doctorate work in ethnomusicology, Lake Tahoe called. She took a break from academia becoming a Lead U.S. Forest Service Backcountry Ranger in Desolation Wilderness.