Originally founded in 1977 as the San Francisco Affiliate Artists Opera Program, the Adler Fellowship is one of the world’s most prestigious programs for advanced training. The program offers intensive individual coaching, professional seminars and a wide range of performance opportunities to young singers and pianists. Adler Fellows, selected from artists participating in the Merola Opera Program, also gain valuable experience by performing supporting roles in San Francisco Opera’s mainstage productions.

The Adler Fellows appearance is made possible, in part, by Wally and Estel Binder. 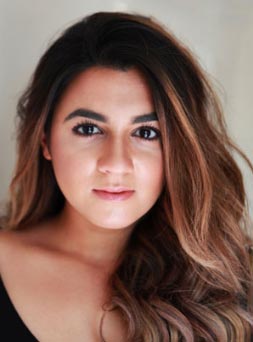 Egyptian-born, New Zealand soprano Amina Edris is a first-year San Francisco Opera Adler Fellow who made her company debut as Frasquita in Carmen. She was a participant of the 2015 Merola Opera Program.  Roles in her repertory include Norina (Don Pasquale) Susanna (Le Nozze di Figaro), Serpina (La Serva Padrona), Adina (L’Elisir d’Amore), and Gilda (Rigoletto). Edris is a winner of the prestigious Sydney Eisteddfod McDonald’s Operatic Aria Competition and the Deborah Reidel award in the Joan Sutherland and Richard Bonynge Bel Canto Award Competition 2013, as well as being awarded a Western Regional Special Encouragement Award in the 2014 Metropolitan Opera National Council Auditions. Edris holds a Bachelor of Music from University of Canterbury, a Master of Music from Wales International Academy of Voice, and a post-graduate diploma from the San Francisco Conservatory of Music. Her upcoming engagements include Tina in Jonathan Dove’s Flight with Opera Parallèle. 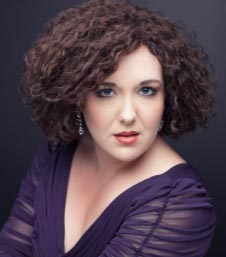 Soprano Toni Marie Palmertree made her San Francisco Opera debut as A Heavenly Voice in 2016’s production of Don Carlo. She is a first-year San Francisco Opera Adler Fellow and a participant of the 2015 Merola Opera Program where she was featured in the Schwabacher Summer Concert. Her many awards include the Metropolitan Opera National Council District Awards (Pittsburgh), as well as finalist in the National Opera Association Voice Competition, the Classical Singer Voice Competition, and the International Moniuszko Voice Competition in Warsaw, Poland. She took first place in the Long Leaf Opera of North Carolina Voice Competition, the Kennett Square Symphony Voice Competition, and the Marcella Sembrich competition. Operatic roles include Rosalinde in Die Fledermaus, Alison in Wandering Scholar, the High Priestess in Aida, Susannah in Susannah, Musetta and Mimì in La Bohème, and Alice in Falstaff. She received her Bachelor of Music degree from the Peabody Conservatory of Music in Baltimore, Maryland.

Amitai Pati is a tenor of Samoan descent who received his MA in Advanced Vocal Studies at the Wales International Academy of Voice under the tutelage of tenor Dennis O’Neill. As a participant of the 2016 Merola Opera Program, he performed his first principal role as Ferrando in Così fan tutte. Pati won the Lexus SongQuest in 2012 and the Waiariki Institute of Technology NZ Aria in 2015. In 2014, he was invited to be a part of the Young Singers Project in Salzburg, Austria, where he appeared in performances and concerts including La Favorite with Elīna Garanča, Juan Diego Flórez and Ludovic Tézier, and the tenor solo in a production of Mozart’s Spatzenmesse. Pati has extensive experience in choral singing, having performed and toured with the New Zealand Youth Choir, the Graduate Choir and the Auckland University Choir. He has sung in master classes with the likes of Joseph Rouleau, Della Jones, Dame Josephine Barstow, Dame Anne Murray, Maestro Richard Bonynge and Dame Kiri Te Kanawa. Pati, along with his brother Pene Pati and their cousin Moses Mackay, comprise the highly successful New Zealand vocal trio SOL3 MIO, which mixes both classical and contemporary music. 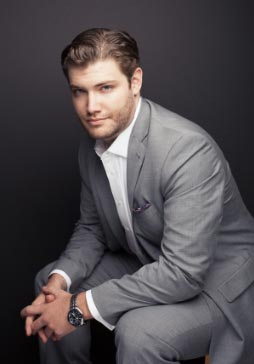 American bass-baritone Brad Walker is a first-year San Francisco Opera Adler Fellow and graduate of the 2015 Merola Opera Program, where he appeared as Betto in Puccini’s Gianni Schicchi. He has appeared in the title role Le Nozze di Figaro, Don Magnifico (La Cenerentola), and Colline (La Bohéme) with Yale Opera where he received an Artist Diploma from the Yale School of Music. While earning a Master’s of Music from the University of Kansas, he appeared as Mr. Peachum (The Beggar’s Opera), Guglielmo (Cosi fan tutte) and Orgon (Tartuffe). He also performed as Pangloss (Candide) and Olin Blitch (Susannah) during his time receiving a bachelor’s degree from Michigan State University. He has been an apprentice with Des Moines Metro Opera, Chautauqua Opera Company and Lyric Opera of Kansas City, and received an award in the Metropolitan Opera National Council Auditions.