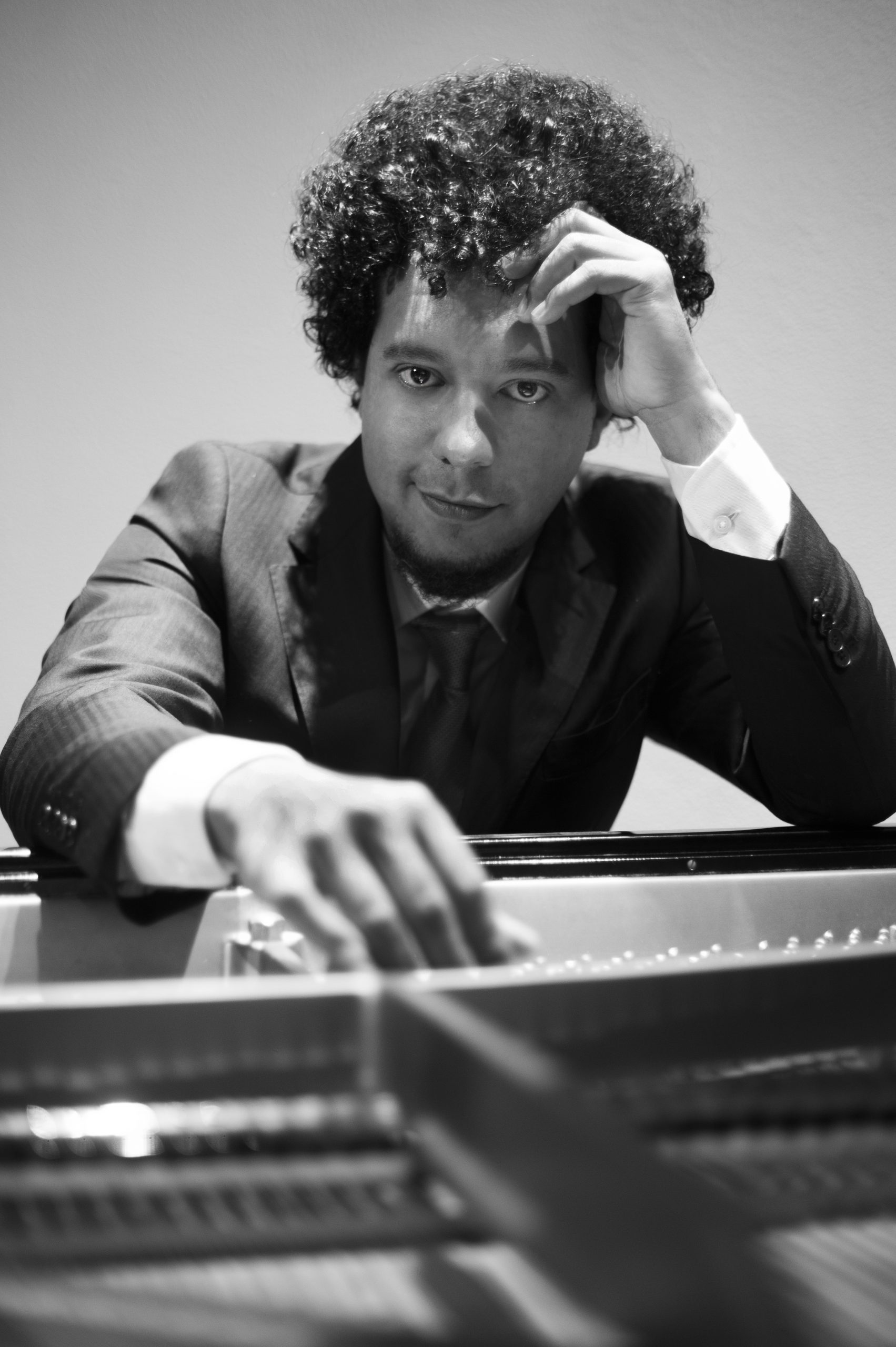 Aldo will be a featured soloist and composer at Classical Tahoe on Friday, August 5th and Saturday, August 6th.

Aldo López-Gavilán’s appearance at Classical Tahoe is made possible by the M.E.G. Memorial Fund for the Creative Arts, Peter and Kim Garcia, Carol Franc Buck Foundation, and The Spirit Burns Fund held at the Parasol Tahoe Community Foundation.

“López-Gavilán is not only a formidable virtuoso, but also exceeds in works that require extraordinary color and fascinating sounds. His natural talent never suffers and his original thinking as an artist assures a performance of amazing playing and individuality.”

“… López-Gavilán is not only a consummate musical artist with an astounding technique; he is also one of the most exuberant musical collaborators I know. When he’s onstage, his sheer delight in performing and childlike generosity of spirit remind me of Yo-Yo Ma. It’s a wonder to behold, a gift to our musicians, and a joy to have on our stage.” 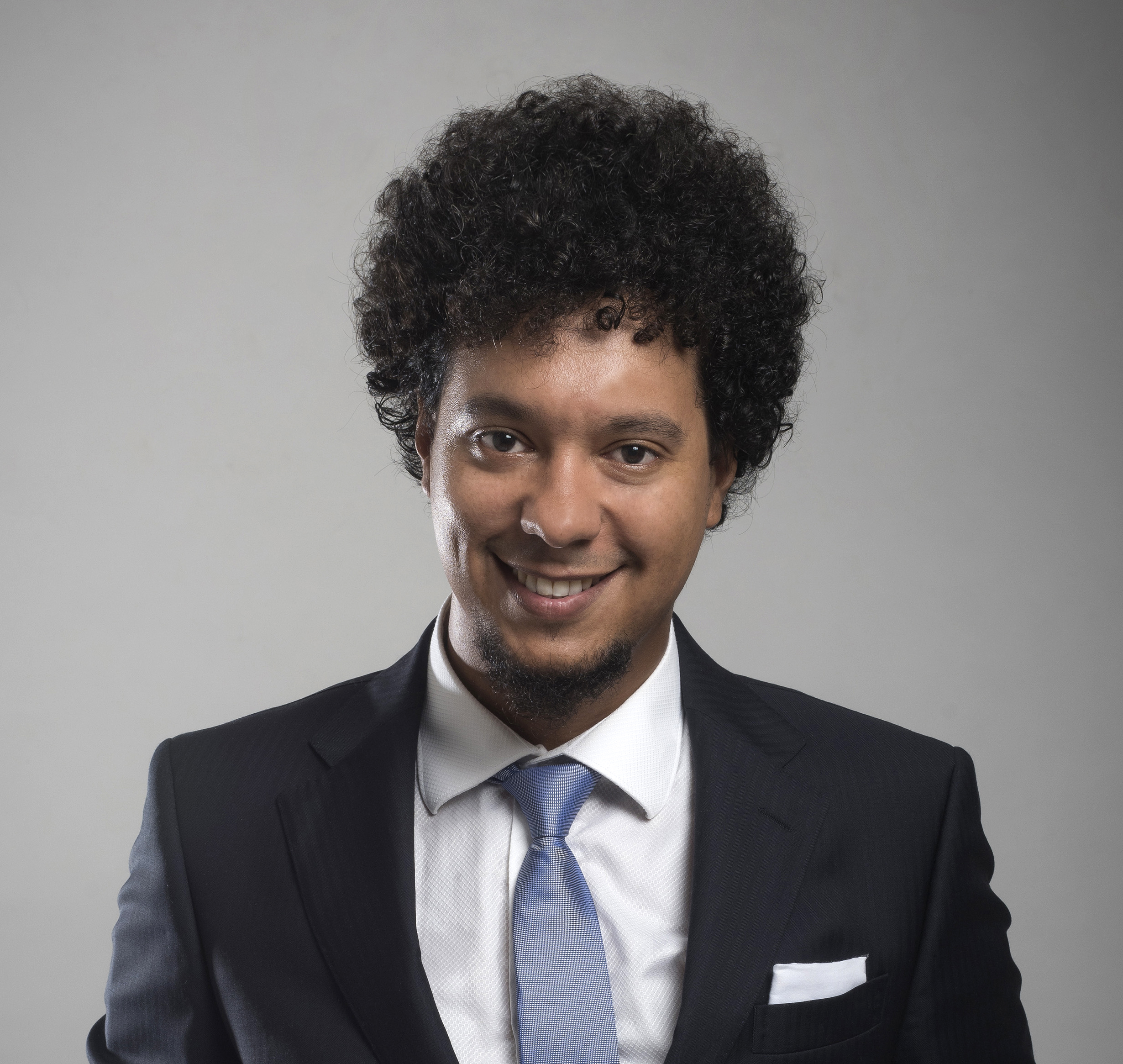 Praised for his “dazzling technique and rhythmic fire” in the Seattle Times and dubbed a “formidable virtuoso” by The Times (London), Cuban pianist and composer Aldo López-Gavilán excels in both the classical and jazz worlds as a recitalist, concerto soloist, chamber-music collaborator, and performer of his own electrifying jazz compositions. He has appeared in such prestigious concert halls as the Amadeo Roldán (Cuba), Teresa Carreño (Venezuela), Bellas Artes (Mexico), Carnegie Hall and Jordan Hall (U.S.), Royal Festival Hall (U.K.), Nybrokajen 11 (Sweden), The Hall of Music (Russia), and Duc de Lombard et Petit Journal Montparnasse (France), as well as venues in Canada, Santo Domingo, Colombia, Spain, Greece, Hong Kong, Burkina Faso, Germany, and Austria.

López-Gavilán’s recent North American engagements include The Florida Orchestra; the Colorado Springs, Chicago, and Boulder philharmonics; the Chautauqua, West Michigan, Mobile, and Santa Fe Youth symphony orchestras; Canada’s Maison symphonique de Montréal; New York’s Jazz at Lincoln Center; Miami’s Adrienne Arsht Center for the Performing Arts; the Kennedy Center and the Kreeger Museum in Washington, DC; the Chamber Music Society of Detroit; the Wallis Annenberg Center for the Performing Arts in Los Angeles; and two venues in Washington State, the Edmonds Center for the Arts and Seattle’s Benaroya Hall. In the U.S. he has performed with such conductors as Michael Butterman, Josep Caballé-Domenech, Michael Francis, Scott Speck, and his wife Daiana García.

His U.S. concert activity in the 2020-21 season includes a May 8 virtual recital sponsored by Detroit’s CameraMusic, in which he performs his own works in partnership with his brother, Harlem Quartet first violinist Ilmar Gavilán. On May 21 López-Gavilán will perform his piano concerto Emporium in a return engagement with the West Michigan Symphony. Two U.S. tours with Harlem Quartet are planned for 2021-22.

López-Gavilán was born in Cuba to a family of internationally acclaimed classical musicians, his father a conductor and composer, his mother a concert pianist. At the age of five, he had written his first musical composition. His mother introduced the budding prodigy to the piano at the age of four, and he began formal piano studies at seven. His first international triumph came at the age of eleven when he won a Danny Kaye International Children’s Award, organized by UNICEF. He made his professional debut at age twelve with the Matanzas Symphony Orchestra and later went on to perform Prokofiev’s Third Piano Concerto with the National Symphonic Orchestra of Cuba. Parallel to his classical abilities, López-Gavilán developed remarkable skills in improvisation. He was invited to perform in the world-famous Havana Jazz Festival with the legendary Chucho Valdés, who called him “simply a genius, a star.”

His recording career began in 1999 with the CD En el ocaso de la hormiga y el elefante, which won the 2000 Grand Prix at Cubadisco as well as awards in the jazz and first-works categories. In 2005, he was invited to join a group of prestigious Cuban pianists to create an album and documentary in honor of Frank Emilio, Amor y piano. He was also included in a DVD set, Cuban Pianists: The History of Latin Jazz.

López-Gavilán’s second album, Talking to the Universe, was a success with audiences and critics alike. In 2006, he gave a concert of his newest works that was later turned into his third album, Soundbites. Two years later he was included in a documentary on the history of Latin jazz in Cuba titled ¡Manteca, Mondongo y Bacalao con Pan! It was in that same year that he recorded his fourth CD, Dimensional, which allowed him the flexibility for more musical experimentation. He was also hired to compose the music for a TV documentary titled El Proceso: la historia no contada. In 2009 he released his fifth album, López-Gavilán en vivo, and finished his first live concert DVD, Más allá del ocaso, which included orchestral selections and jazz compositions. He also composed original music for the film Casa vieja by acclaimed Cuban director Lester Hamlet.

During the past decade, López-Gavilán’s collaborators have included some of the greatest artists in the classical, popular music, and jazz fields. The late conductor Claudio Abbado invited him to perform with the Simón Bolívar Youth Orchestra of Venezuela in 2006, in a special concert dedicated to the 250th anniversary of Mozart’s birth. Maestro Abbado subsequently invited him to perform Prokofiev’s Piano Concerto No. 1 in Caracas and Havana.

In 2009 López-Gavilán was invited by popular Cuban singer-songwriter Carlos Varela to join his band for a tour of Argentina, Chile, and Uruguay; his acoustic arrangements of Varela’s music won many accolades from critics and fans. In 2010 he joined the São Paulo Jazz Symphonic Orchestra to perform his music in a concert that was recorded and broadcast on national television in Brazil.

López-Gavilán’s Carnegie Hall debut took place in November of 2012, when he was invited to participate in the hall’s prestigious Voces de Latino América festival. That same month he played a two-piano concerto with his colleague Harold López-Nussa in Miami. In May of that year he released his sixth album, De todos los colores y también verde.

In 2014 López-Gavilán toured the U.S., appearing at Florida’s Miami Dade County Auditorium, the Kennedy Center in Washington, D.C., and the San Francisco Jazz Festival, and he completed an ASCAP film music workshop under the direction of Robert Kraft at New York University. He also toured extensively in Europe, South America, Canada, and the U.S. with Carlos Varela, for whom he wrote all the string arrangements for an award-winning documentary, The Poet of Havana, that won many awards and was televised for several months by HBO Latino in the U.S.

A milestone in López-Gavilán’s professional and personal life came in early 2015, when he partnered with Harlem Quartet—co-founded by his brother Ilmar, the quartet’s first violinist—for concerts in Calgary, Seattle, and Phoenix. That same year he was invited to play with his jazz quintet at the Centro Cultural Kirchner in Buenos Aires; performed Gershwin’s Rhapsody in Blue with the Orquesta Filarmónica de Bogotá; and closed the year with a sold-out concert at the Teatro del Museo de Bellas Artes in Havana.

Since December 2014, when a new era in the relationship between the U.S. and Cuba was announced, López-Gavilán has played a continually active role in the cultural exchange between the two countries. In April 2016, through Obama’s President’s Committee on the Arts and the Humanities, he was part of the group of Cuban musicians who collaborated in Cuba with such renowned U.S. artists as Joshua Bell, Usher, Dave Matthews, and Smokey Robinson, A few weeks later López-Gavilán’s music was used to showcase Chanel’s Cruise 2017 Collection—the first fashion show to take place in Havana in recent times—and he partnered with American trumpet virtuoso Byron Stripling in a concert at Havana’s Teatro del Museo de Bellas Artes.

Under Joshua Bell’s direction, López-Gavilán aided in organizing Seasons of Cuba, a PBS Special that took place at Lincoln Center in December 2016, celebrating a new era of cultural diplomacy with a vibrant program ranging from Vivaldi classics to Piazzolla tangos and beyond. Some of the prestigious artists joining Bell and López-Gavilán were Dave Matthews, the Chamber Orchestra of Havana, singer-songwriter Carlos Varela, and soprano Larisa Martínez.

During 2016 and 2017 López-Gavilán continued headlining sold-out North American performances in various venues all over the U.S., both as a solo artist and with Harlem Quartet. At the Napa Festival in July 2016 he rejoined Bell for his Seasons of Cuba concert, and that same month he premiered Emporium, his first concerto for piano and orchestra, with Nevada’s Classical Tahoe Orchestra led by Joel Revzen.

In early 2018 López-Gavilán continued to tour extensively in the US, making his debut with the Florida Orchestra under the renowned British conductor Michael Francis. A few weeks later he returned to Florida to play Ravel’s Piano Concerto in G Major in four concerts with the South Florida Symphony Orchestra led by Sebrina María Alfonso. In the fall of 2018, López-Gavilán became the first Cuban pianist to play at Piano aux Jacobins, a highly celebrated piano festival in Toulouse that has presented such keyboard giants as Sviatoslav Richter, Alfred Brendel, Martha Argerich, and Murray Perahia.

López-Gavilán began the year 2019 with three performances of Rhapsody in Blue at The Florida Orchestra under the direction of Thomas Wilkins, its former resident conductor. He continued his North American tour in the spring of that year with concerts in Covington, LA; Chicago, IL; Montreal, QC; Napa, CA; Boston, MA; and Colorado Springs, CO. He also performed with his jazz quartet and a renowned group of guests at the iconic Teatro Marti in Havana. The concert was filmed for a concert DVD and streaming special, López-Gavilán Live at Teatro Martí.

With the summer of 2019 came the fulfillment of a longstanding dream of López-Gavilán and his brother Ilmar: recording an album together. López-Gavilán wrote some new material for this special occasion, while several of his existing compositions were arranged for violin and piano by Ilmar. The resulting album, Brothers, contains a number of tracks that will be supported with live concerts by the duo.

López-Gavilán and Ilmar are featured in the documentary Los Hermanos / The Brothers, which tracks their parallel lives and momentous first performances together despite the geopolitical divide. It features a genre-bending score composed by López-Gavilán, performed largely with his brother, and guest appearances by Joshua Bell and Harlem Quartet. A PatchWorks Films production by Marcia Jarmel and Ken Schneider, Los Hermanos is screening at film festivals worldwide and will be nationally broadcast on PBS in the fall of 2021.

In the fall of 2019, López-Gavilán continued touring in the U.S. but also performed in Bogotá, Paris, and Angoulême—where his new solo album Playgrounds was released by the French label Esprit du Piano. This album represents a new stage for him as a composer and brings together a very wide range of musical styles including jazz, world music, Afro, experimental music, and Cuban sounds and rhythms. In November 2019, López-Gavilán was honored as the composer in residence at Habana Clásica Festival, where many internationally known musicians performed a wide assortment of his compositions.

López-Gavilán and his jazz trio made their Canadian debut in March 2020 with two memorable concerts: one at the Isabel Bader Centre in Kingston, ON, and one at Toronto’s Jazz Bistro. These were the last live concerts López-Gavilán played before COVID-19 brought such activity to a temporary halt. But he has continued composing and performing for his fans in Cuba and worldwide, taking part in several virtual concerts such as Festival Napa Valley’s One Night, Many Voices, which also featured Joshua Bell, sopranos Larisa Martínez and Nadine Sierra, tenor Michael Fabiano, pianist Jean-Yves Thibaudet, and the Young People’s Chorus of New York City. López-Gavilán closed the event with a swinging jazz performance by his band direct from Havana.

Aldo López-Gavilán’s appearance at Classical Tahoe is made possible by the M.E.G. Memorial Fund for the Creative Arts, Peter and Kim Garcia, Carol Franc Buck Foundation, and The Spirit Burns Fund held at the Parasol Tahoe Community Foundation.