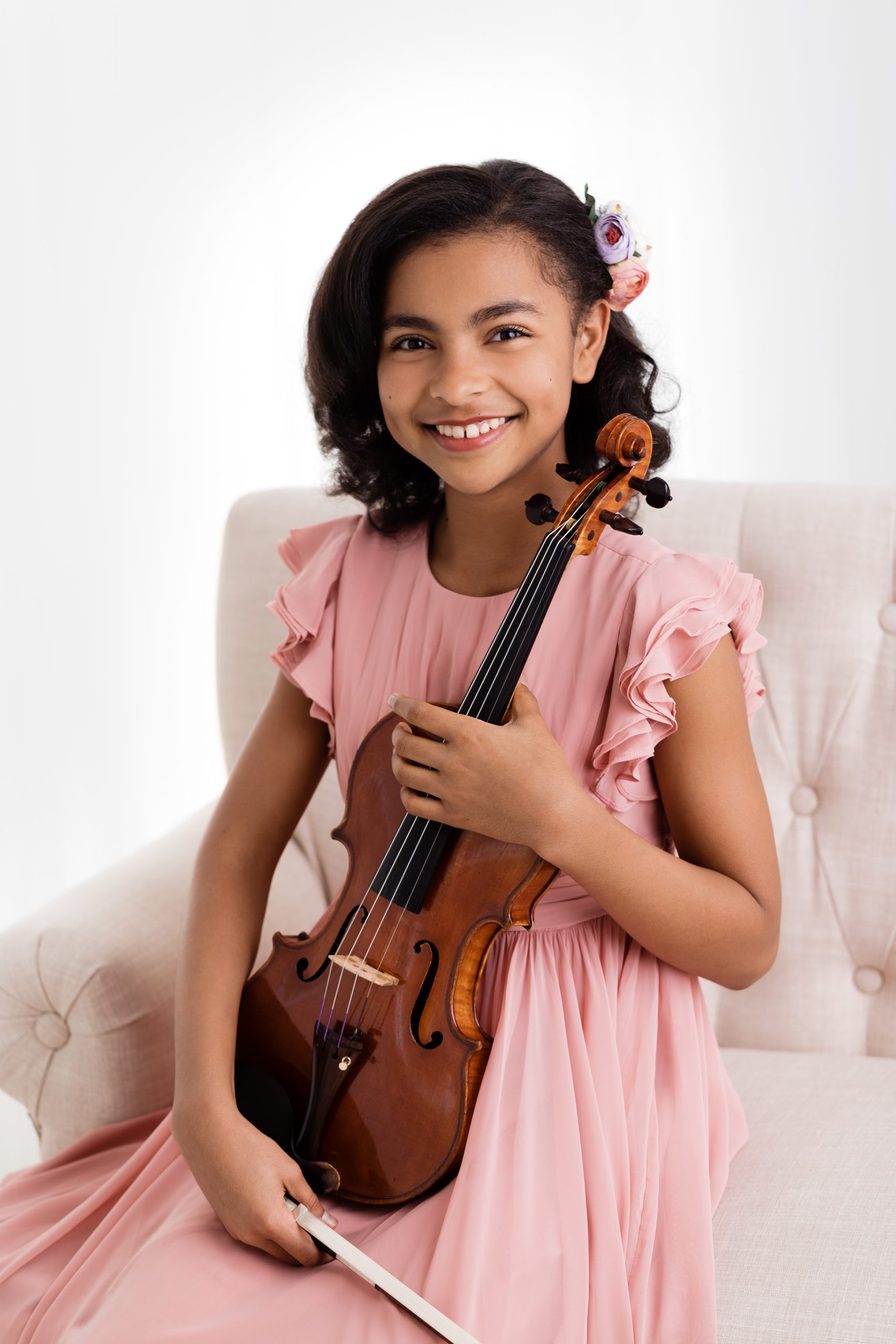 Amaryn will be soloing with the orchestra on Friday, August 13. 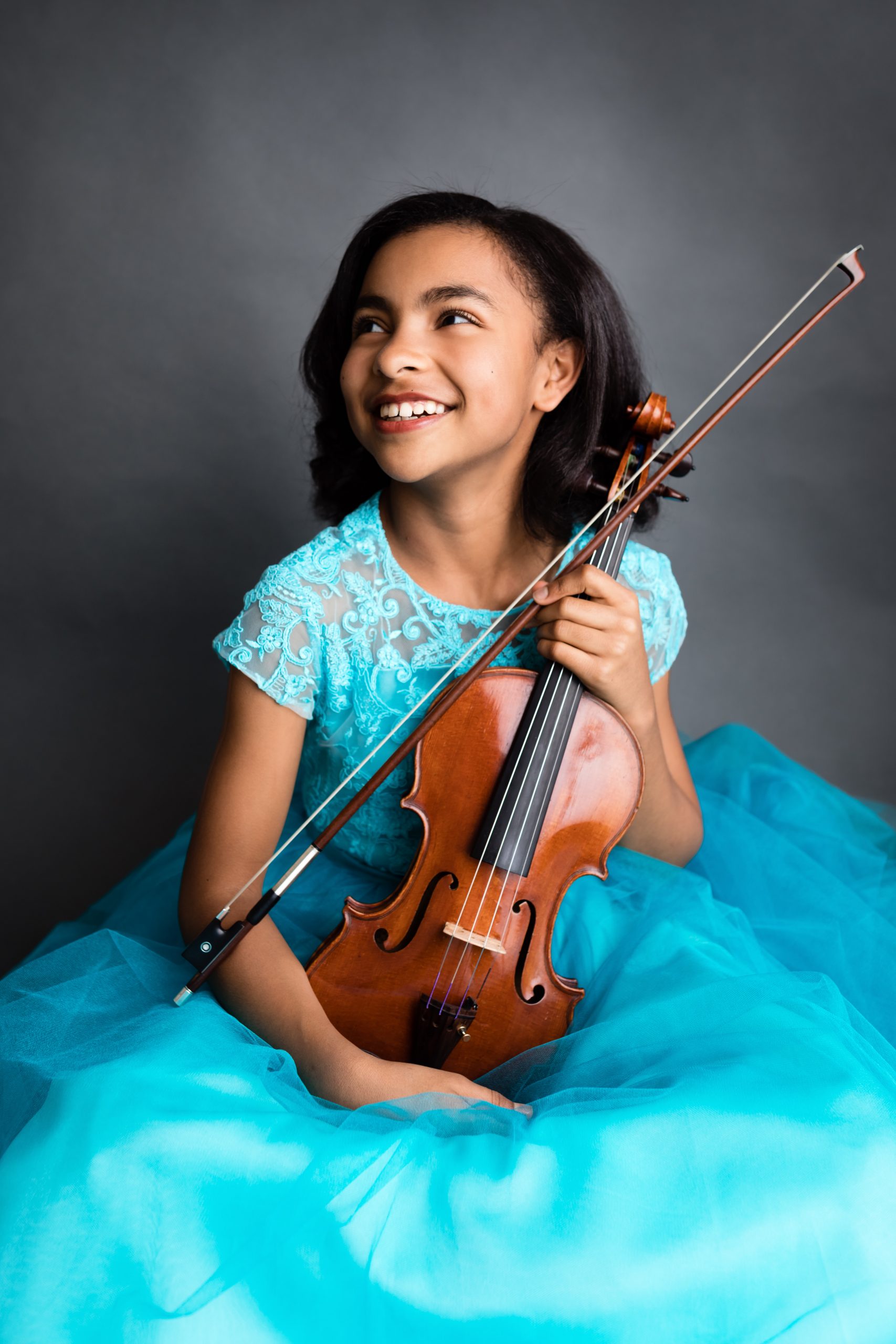 Twelve-year-old violinist Amaryn Olmeda has been dazzling audiences with her bold and expressive performances across California and internationally in Hungary, Slovakia, and the Czech Republic. Recent honors include First Prize, and Audience Choice Award, at the 24th Annual Sphinx Competition, Juniors Division. In 2020, Amaryn was featured as the San Francisco Chamber Orchestra’s Debut Artist at their New Year’s Concert Series in San Francisco, Palo Alto, and Berkley, CA, which earned her a nomination for the San Francisco Classical Voice’s 2019-2020 Audience Choice Awards. The 2019-2020 season brought a return invitation to perform as a soloist with the San Francisco Chamber Orchestra, solo performances with the Auburn Symphony at the Mondavi Center for the Performing Arts in Davis, CA, a return invitation to perform with the Music in the Mountains Orchestra for their Summerfest Music Series, and a performance at the McAllister Honors Recital at the Colburn School of Music in Los Angeles.  Amaryn has also been a featured soloist with the Merced Symphony, Solano Symphony, MIM Youth Orchestra, Sacramento Youth Symphony Academic Orchestra, and with the Sacramento Youth Symphony Premier Orchestra on their 2018 European Performance Tour.

The 2020-2021 concert season brings solo performances with the Classical Tahoe Orchestra,  Stockton Symphony, Solano Symphony, the Sphinx Virtuosi, a collaboration with the VITA Academy and the Sacramento Philharmonic, and a series of recitals across Northern California.  Amaryn has also been invited as a full scholarship recipient to the prestigious Morningside Music Bridge Summer Music Institute at the New England Conservatory of Music.

Amaryn enjoys bringing music to her community by performing in school tours with the Sacramento Youth Symphony, Auburn Symphony, and the Oakland Symphony.  She has performed as a soloist with orchestras for hundreds of her peers in Northern California. She has also performed at the Davis Community Church Weekly Luncheons for the Homeless, the Children for Children Showcase Concert to benefit Child Advocates of Nevada County, the Keaton Raphael Child Cancer Organization, as a soloist with the Sacramento Chamber Music Workshop nursing home tours, and at the End of Watch Benefit Concert, honoring fallen police officers of Sacramento. In addition to being a soloist with orchestras, Amaryn loves playing chamber music, composing, attending ballet and art classes, collecting American Girl Dolls, and gardening on her family’s hobby farm in Northern California.

Amaryn is a Pre-College student and a Starling Foundation Scholarship recipient at the San Francisco Conservatory of Music, studying violin with Ian Swensen and Simon James.  She studies applied music theory with Hiro David in New York.

Amaryn Olmeda’s appearance at Classical Tahoe is made possible by Julia Amaral and Mark Strate.