Classical Tahoe’s closing weekend begins with the brilliant “Ecstatic Orange” by American composer Michael Torke. Harpist Emmanuel Ceysson, the evening’s soloist and back by popular demand joins the Classical Tahoe Orchestra to beguile the audience with the memorable, smoky Spanish themes of the Concerto Serenata by Joaquin Rodrigo.

Tchaikovsky’s fateful Symphony No. 4 brings this evening to a blazing close.

This evening brings the Café life of Paris to the Classical Tahoe Pavilion with French harpist Emmanuel Ceysson returning to Classical Tahoe. Ceysson’s signature flair in Debussy’s Danse Sacrée et Danse Profane (Dance Heavenly and Earthly) for harp and strings is on display for this  final chamber concert of the 2020 festival. Ravel’s striking homage to Debussy in Sonata for Violin and Cello and Cesar Franck’s ardently expressive Piano Quintet fills the evening with Parisian passion. 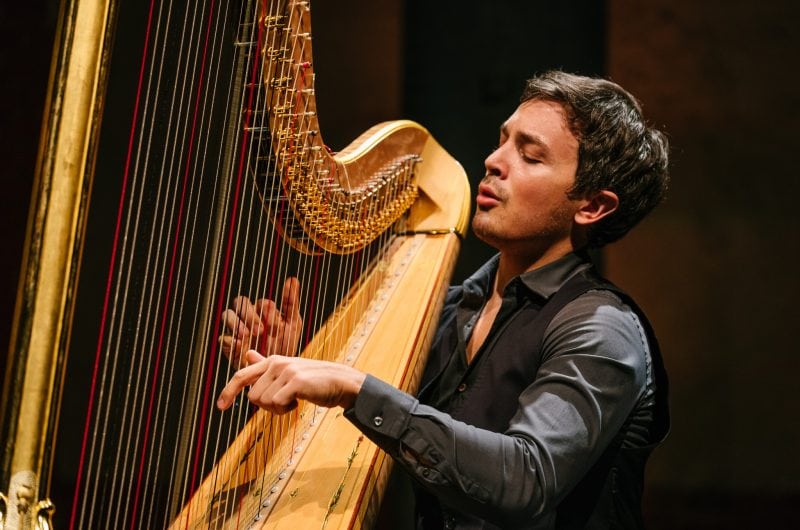 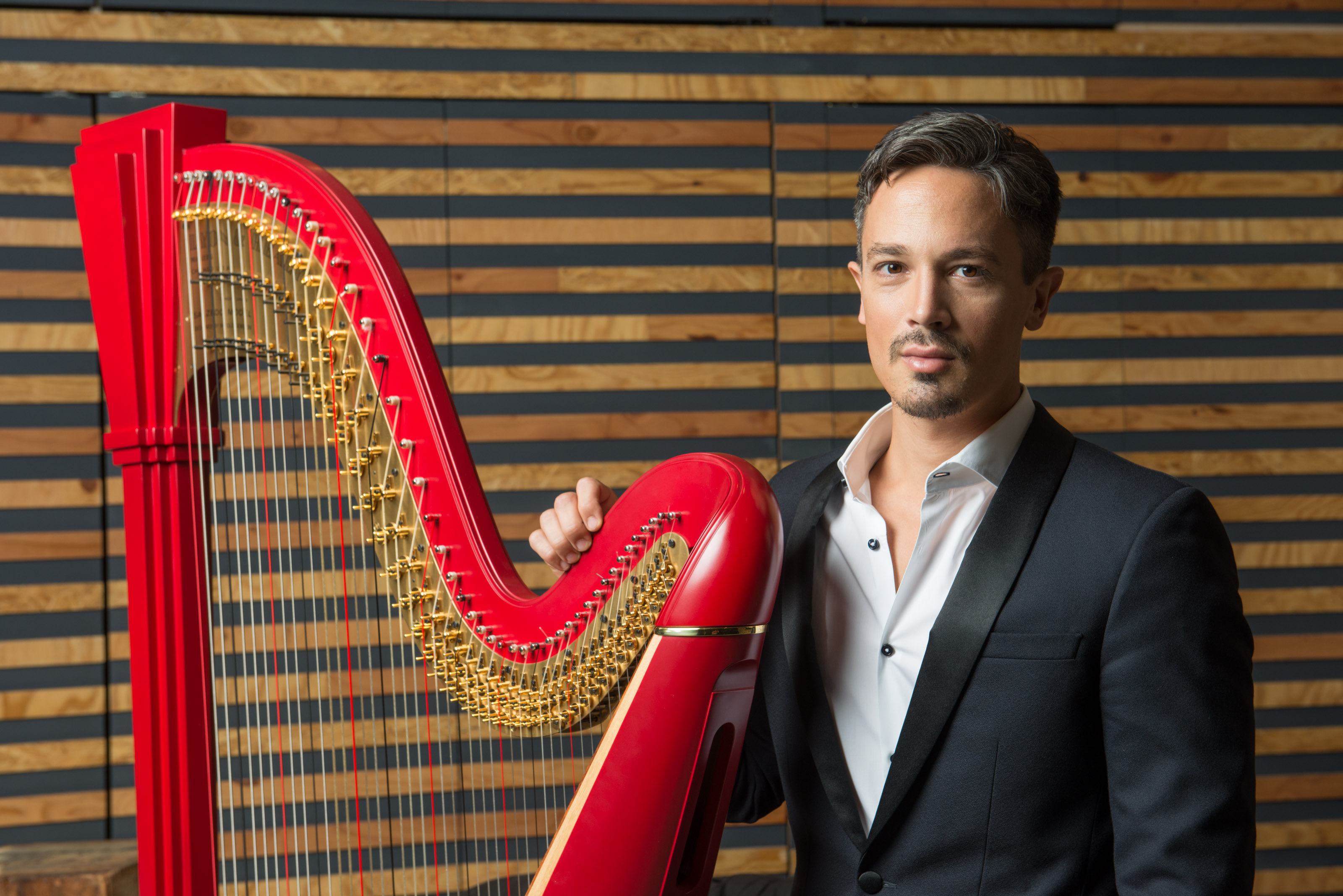 Emmanuel Ceysson is one of the world’s leading harpists. He recently took up the position as Principal harp at the Metropolitan Opera House in New York, after a successful career at Opera de Paris lasting nine years. Since 2005 he has been a presence in such leading venues on the international musical scene as the Wigmore Hall, the Salle Gaveau, Carnegie Hall, the Vienna Konzerthaus, and the Berlin Philharmonie, where his appearances in recital, concerto repertoire and chamber music regularly win high praise from the press. His unfailing commitment to his instrument has earned him the highest international distinctions. In rapid succession, he won the Gold Medal and a special performance prize at the USA International Harp Competition (Bloomington) in 2004, First Prize and six special prizes at the New York Young Concert Artist Auditions in 2006, and First Prize at the prestigious ARD Competition in Munich in September 2009, thus becoming the first harpist to obtain awards at thee major international events.

Recent concert highlights include the Glière Concerto for Harp with the Grazer Philharmonisches Orchester at the Stefaniensaal of Graz and with the Prague Radio Symphony at the Gstaad Festival.  Upcoming chamber music engagements include performances at the Hong Kong Chamber Music Festival, a recital at the Frick Collection, New York, with Quatuor Voce, his debut with the Chamber Music Society of Lincoln Center in the Summer of 2019, solo recitals at the Teatro del Lago, Chile, performances at the Artist Series Concerts of Sarasota, Faure Impromptu for Harp Op 86 in Hong Kong, Mozart Concerto for Harp and Flute K299  with the Vivaldi Orchestra (Italy) and the Manitoba Chamber Orchestra (Canada).

He was Visiting Professor at the Royal Academy of Music in London from 2005 to 2009 and has taught at the International Summer Academy in Nice since 2010.  He also gives regular masterclasses in France and in the course of his foreign tours and appearances.

In 2010, Emmanuel Ceysson was nominated in the category ‘Solo Instrumental Discovery’ at the Victoires de la Musique Classique. In November 2011 he received a Prix d’Encouragement from the Académie des Beaux-Arts de l’Institut de France (Fondation Simone Del Duca) in recognition of his distinguished early career. Mr. Ceysson is a Naïve recording artist since January 2012 when he released Opéra Fantaisie, a solo album based upon famous operatic arias.

He has given recitals and educational residencies at countless international venues including the Wolf Trap Foundation in Virginia, North Orange County Community Concerts Association in California, Macomb Center for the Performing Arts in Michigan, Mary Baldwin College in Virginia, the Washington Center for the Performing Arts (WA), and Emporia Arts Council in Kansas.