Made in America with Daniel Gilbert, Clarinet

The bucolic Appalachian Spring, played here in the original version for 14 instruments, begins
an afternoon of American favorites, including Gershwin’s “Blues from An American in Paris’
featuring Classical Tahoe Principal Clarinet Dan Gilbert.

Meet the Musicians is a casual exchange of ideas with the concert’s musicians that unfolds
organically either on-stage or following the performance in the courtyard. Music and conversation – beautiful and personal. 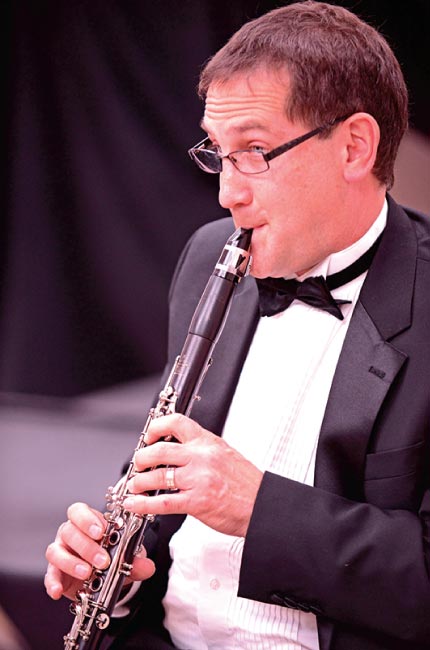 Clarinetist Daniel Gilbert joined the faculty at the University of Michigan as Associate Professor of Clarinet in 2007. Previously, he held the position of second clarinet in the Cleveland Orchestra from 1995 to 2007. A native of New York City, Gilbert received a Bachelor of Arts degree from Yale University and both a Master of Music degree and Professional Studies certificate from the Juilliard School. Prior to joining the Cleveland Orchestra, Gilbert was an active freelancer in New York City, appearing regularly with groups including: the Metropolitan Opera, American Ballet Theater, the New Jersey Symphony, Solisti New York, the Stamford Symphony and the New Haven Symphony, where he played principal clarinet from 1992 to 1995. Gilbert was a member of the Quintet of the Americas during that time touring throughout the United States and in residence at Northwestern University.

Aside from his position at the University of Michigan, Gilbert also serves on the faculty of Case Western Reserve University. In addition, Gilbert is on the faculty of the Colorado College Music Festival, for which he is also principal clarinet of the chamber orchestra. Gilbert is the principal clarinet of CityMusic Cleveland, Classical Tahoe, and Festival Napa Valley and a part of Gerard Schwartz’s All Star orchestra, which is currently recording its third season for PBS. Gilbert formerly served on the faculty at the State University of New York at Stony Brook and Oberlin Conservatory of Music.  His teachers have included David Weber, Robert Marcellus, Stanley Hasty, Richard Waller, Burt Hara and Judith Kalin-Freeman. Gilbert is an artist/clinician for Backun Clarinets and the DANSR/Vandoren Company. He plays exclusively on Backun and Vandoren products.