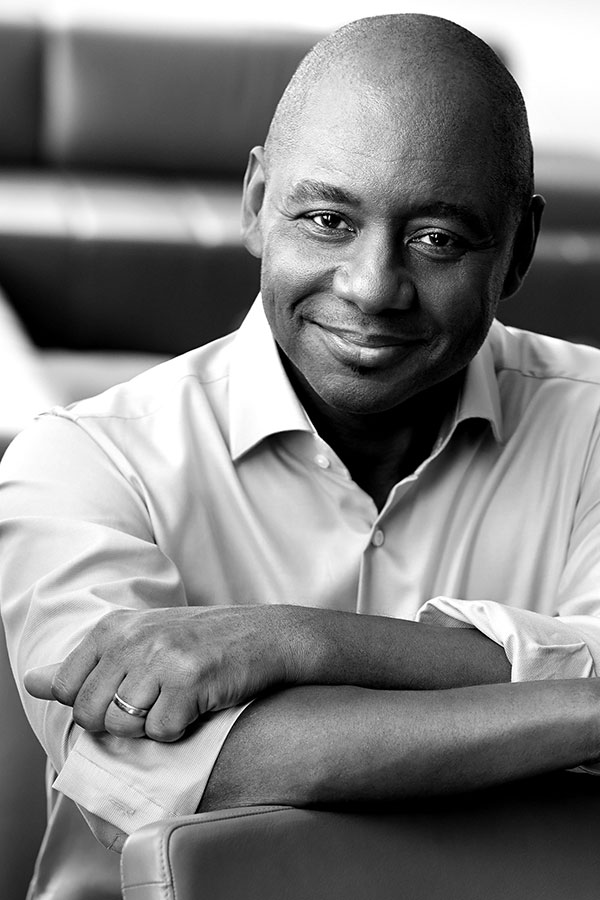 NEA Jazz Master, renowned Grammy Award®‐winning saxophonist and Tony Award® nominee Branford Marsalis is one of the most revered instrumentalists of his time. Leader of one of the finest jazz quartets today, and a frequent soloist with classical ensembles, Branford has become increasingly sought after as a featured soloist with such acclaimed orchestras as the Chicago, Detroit, Düsseldorf, and North Carolina Symphonies and the Boston Pops, with a growing repertoire that includes compositions by Debussy, Glazunov, Ibert, Mahler, Milhaud, Rorem and Vaughn Williams. Making his first appearance with the New York Philharmonic in the summer of 2010, Marsalis was again invited to join them as soloist in their 2010‐2011 concert series where he unequivocally demonstrated his versatility and prowess, bringing “a gracious poise and supple tone… and an insouciant swagger” (New York Times) to the repertoire. In 2013, he served as Creative Director for the Ascent Series of the Cincinnati Symphony Orchestra which included two week‐long residencies as well as a number of concerts with the CSO. Whether on the stage, in the recording studio, in the classroom or in the community, Branford Marsalis embodies a commitment to musical excellence and a determination to keep music at the forefront.