The Rochester-based Distortion Quartet focuses on string quartets by Beethoven and Bartok for their summer residency with Classical Tahoe. Distortion Quartet uses a variety of imaginative techniques to tell the story of the piece, all of which are grounded in analysis and are therefore sensitive to the small compositional details as well as to the large-scale musical architecture.

Hear the Distortion Quartet in a concert to celebrate their apprenticeship, on Wednesday, August 7th in the Pavilion! Free and open to the public, this is a non-ticketed event. 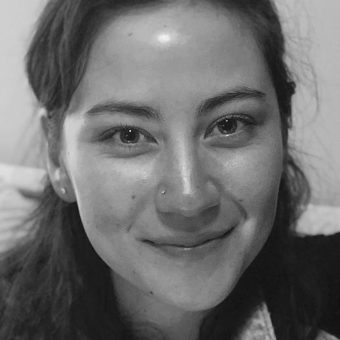 Catherine Arai recently graduated with her MM from the Eastman School of Music and received her bachelor’s degree in violin performance from UCLA. In addition to playing as second violinist in the Distortion Quartet, Catherine is a section violinist in the Rochester Philharmonic Orchestra. She is a Sacramento, California native and enjoys collaborating with other musicians in orchestral and chamber settings, as well as in her own living room, jamming with her family. 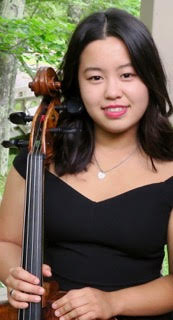 A native Houstonian, cellist Sarah Song is a graduate of Eastman School of Music under the tutelage of David Ying (Ying Quartet). Prior to her studies at Eastman, Sarah received her Bachelor’s Degree from Indiana University, Jacobs School of Music with Brandon Vamos (Pacifica Quartet). Her passion for teaching has led her to many outreach programs across the Houston area including working with lower-income orchestral programs for young students. In the Rochester community, Sarah enjoys teaching her private studio at the Eastman Community Music School and mentoring the New Horizons Ensembles. 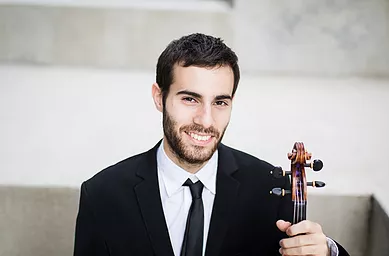 Israeli violinist Barak Schossberger is currently pursuing his Doctoral degree at the Eastman School of Music studying under the tutelage of Professor Renée Jolles. He previously received his Master’s degree from the Juilliard School, where he studied with Masao Kawasaki and Laurie Smukler and his Bachelor’s degree from the Jerusalem Academy of Music, studying with Michael Gaisler. He participated in music festivals such as the Perlman Music Program, Bowdoin Festival and Green Mountain Festival.
Barak is most excited about his current research project which explores ways of shaping performers’ musical intuition and fantasy by rational means such as music theory and analysis, incorporating ideas drawn from a number of branches of philosophy. His research also includes extending Schenkerian theory beyond its original purview of tonal music, as part of which he examined the potential of Schenkerian devices for analyzing string quartets by Shostakovich and Penderecki. Insights originated in these research paths greatly enrich his music-making and teaching. 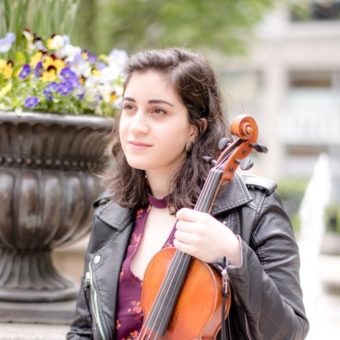 Leah has performed world-wide in major concert halls, such as Carnegie hall, Alice Tully Hall and Tishman Hall, New York; Konzerthaus, Berlin; Menuhin Hall, London; Wiener Konzerthaus and Musikverein, Veinna; Tel Aviv’s Mann Auditorium and The Jerusalem Music Centre. She is the recipient of numerous scholarships and awards, such as America Israel Cultural Foundation (2009-2017), Younes Nazarian Chamber Music Scholarship (2012-2015). Leah has been performing extensively in New York, recently playing at Queens museum, celebrating the 70th anniversary of the UN resolution of the establishment of the State of Israel.

As an avid educator, Leah has been a faculty member at The Jerusalem Music Centre’s Young Israel Philharmonic Orchestra, The Hassadna Conservatory, and The Efrat Conservatory, teaching both beginning and advanced violin and viola students.

Born in Jerusalem in 1994, Leah got her Bachelor of Music at The Jerusalem Academy of Music and Dance under Michael Gaisler and Roi Shiloah. She has been coached by members of The Jerusalem Quartet, Alexander Pavlovsky and Sergei Bresler, and has participated in various masterclasses with Miriam Fried, Milan Milisavljevic, Richard O’niell, Daniel Phillips and many others. Leah graduated this Spring from the Mannes School of Music with her Maters of Music degree under Daniel Panner and is starting the Juilliard School with Roger Tapping next fall semester.

Classical Tahoe gratefully acknowledges the generous grant of the M.E.G Memorial Fund for the Creative Arts in assisting Classical Tahoe in fulfilling its mission to inspire active participation in the arts and foster community engagement and enrichment through a multi-generational Music Institute.