2018 is the inaugural year of a program that invites young professional musicians to be in residence with the Classical Tahoe festival.  This season, the Graduate String Quartet will be joining the festival to perform outreach concerts, teach area young musicians, and do “pop-up” programs where they will take music into non-traditional performance settings.  You never know who you might hear when you are on a trail hike!

Musicians at the beginning of their professional careers, such as these 4 – all of whom graduated from top music institutions, can bring a wealth of information to young musicians in a community setting; answering questions about what it is like to study in a conservatory, what to expect in the business of classical music, and other questions that students just learning to play an instrument might have.  With an eye to the future of developing orchestral musicians, this program also benefits the ensemble musicians themselves, as it gives them a chance to play side-by-side with musicians who have top positions in the nation’s prestigious orchestras.

Hear the Quartet in a concert to celebrate their Residency, on August 9th in the Pavilion! Free and open to the public, this is a non-ticketed event.

In following years, this program will be expanded to include a Graduate Wind Quintet and other ensembles of skilled musicians with Masters Degrees.

Classical Tahoe gratefully acknowledges the generous challenge grant of the Firefly Scientists’ Foundation, assisting Classical Tahoe in fulfilling its mission to inspire active participation in the arts and foster community engagement and enrichment through a multi-generational Music Institute.  This challenge grant and the generosity of donors enables Classical Tahoe to present classes, concerts and outreach events specifically tailored to encourage music engagement of all ages and at all abilities.

For more information on how to participate through your donation, please see Firefly Scientists’ Foundation Challenge Grant.

Bronwyn James, 17, winner of the 2015 Musicfest Northwest Young Artists Competition, 2014 Seattle Music Teachers Association Competition, 2012 Music Teachers National Association Washington State Competition, and has twice been selected as a member of the National Youth Orchestra of the United States (2014, 2015) with whom she toured the USA and China. As soloist she has performed with the Spokane Symphony (2015), Coeur d’Alene Symphony (2013, 2015), Ottawa Chamber Orchestra (2013, 2014), and the Stradivarius International String Orchestra (2012). She has been a Seattle Youth Symphony Orchestra member for eight years and has played with the Northwest Sinfonia, Seattle Young Artists Opera Orchestra, Ballet Bellevue, and the Auburn Symphony as a violist. Bronwyn was selected to participate in the Robert McDuffie Center for Strings Labor Day Festival, the Brian Lewis Young Artist Program, and studied with Paul Kantor at the Aspen Music Festival. An enthusiastic chamber musician, Bronwyn and her quartet won the bronze medal and the coveted Haydn Prize twice at the St Paul String Quartet Competition and was a semifinalist at the prestigious Fischoff National Chamber Music Competition. She has performed on Seattle’s Classic KING-FM and Spokane’s KPBX Classical radio and on NPR’s From the Top with NYO-USA. Previously a student of Elisa Barston, Jan Coleman, and Janai Fuller, Bronwyn currently studies with her father, Simon James and has played in master classes for Augustin Hadelich, Robert Lipsett, Robert Chen, Paul Kantor, Robert McDuffie, Amy Schwartz-Moretti, Brian Lewis, Joseph Genualdi, Grigory Kalinovsky, Mimi Zweig, and Gerardo Ribeiro. 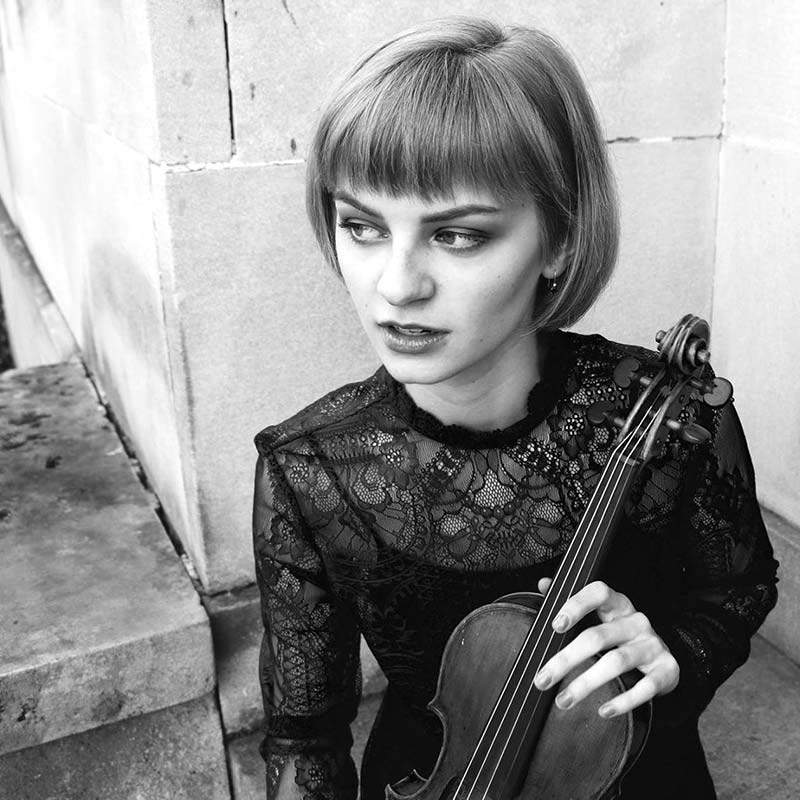 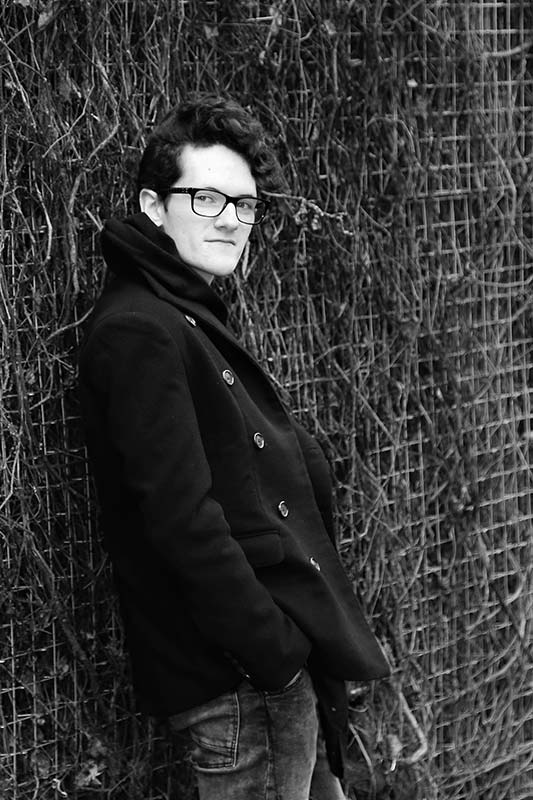 In December of 2014, Evan represented Washington state in the New York String Orchestra at Carnegie Hall, under the baton of Maestro Jamie Laredo. He is a member of the Bellevue Ballet and Opera Orchestra, having recently collaborated in productions of Stravinsky’s Firebird, Handel’s Messiah, and Tchaikovsky’s Nutcracker. An avid chamber musician, Evan has soloed as part of Elgar’s Introduction and Allegro for String Quartet and Orchestra and is a six-time winner of the David Tonkonogui Award for Excellence in Chamber Music. Evan’s string quartet, the Pike Street Quartet, is a two-time Haydn Prize winner and bronze medalist at the St. Paul String Quartet Competition and semifinalist at the Fischoff competition.

Evan has performed in masterclasses with Augustin Hadelich, Renaud Capuçon, Vadim Gluzman, Amy Schwartz Moretti, Gerardo Ribeiro, Brian Lewis, Paul Kantor, and Grigory Kalinovsky. Evan is an alumnus of the Meadowmount School of Music and the Brian Lewis Young Artists Program. Evan was selected to participate in the National Youth Orchestra’s 2015 tour of China under the baton of Maestro Charles Dutoit. The National Youth Orchestra’s two-week tour of China, one of the four Cultural Pillars of Exchange between China and the United States, took place in July 2015, after a two-week residency at Purchase College in New York and a performance at Carnegie Hall. When not playing the violin, Evan enjoys composing music, playing the piano, teaching introductory preschool music classes, reading classic novels, watching silent movies, acting, traveling, photography, modern architecture, and philosophy.

Violist Alexander Locke is a student of distinguished artists Rebecca Albers and Lawrence Dutton at Mercer University’s Robert McDuffie Center for Strings. In his hometown of Columbus, Ohio, Locke studied at the Chamber Music Connection, a chamber music education program for young musicians ranging from age 8 to 18. This program gave him the opportunity to perform in masterclasses for prestigious string quartets including The Emerson, Arianna, Jupiter, Ying and Cavani. In addition to these masterclasses came coveted chamber orchestra collaborations with the same musicians. In spring of 2013, Locke’s string quartet was awarded the bronze medal at the competitive St. Paul String Quartet Competition.

Currently, Alexander is a senior pursuing a Bachelor of Music at the Center for Strings. The rigorous program requires study and performance collaborations with his professors, all acclaimed teaching artists, on a wide range of repertoire including Brahms’s G Major Sextet, Dvorak’s Piano Quintet, Schumann’s Piano Quintet and Mendelssohn’s Viola Quintet in B Flat Major. The Center for Strings also affords Alexander and his Center for Strings’ classmates rare recording and performance opportunities including the recent recording of a studio album with internationally renowned violinist Robert McDuffie and R.E.M. founder, singer, keyboardist, and guitarist Mike Mills.

Alexander’s interests extend beyond the viola and music. One of his passions is teaching beginning level theatre improvisation for kids. 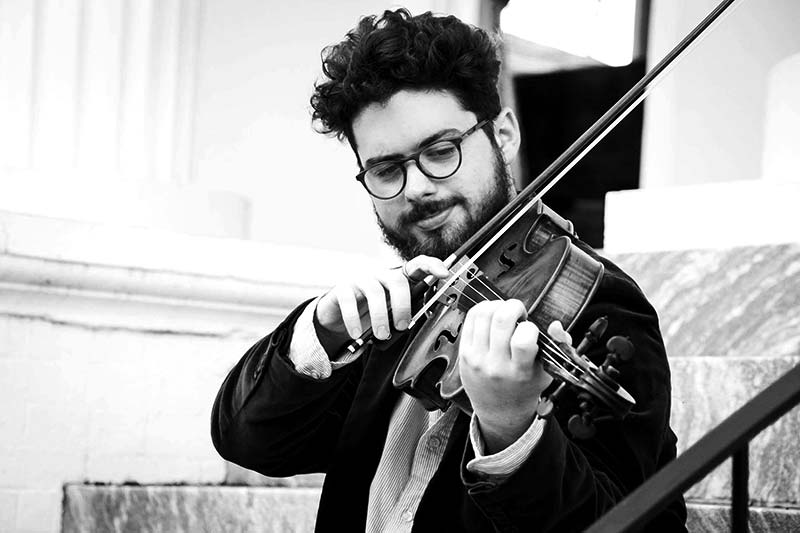 Lucie Ticho is a Chicago-native cellist, currently studying with Richard Aaron at The Juilliard School. Before coming to New York, she took lessons with Tanya Carey and served as the principal cellist of the Chicago Youth Symphony Orchestra. Lucie has performed as a soloist with the Elgin Symphony, the CYSO and its chamber symphony, and a number of other Chicago area orchestras, and has appeared on NPR’s From The Top and Performance Today. She has been a semifinalist in the Stulberg, Klein, and Johansen International String Competitions. She was also a Youngarts Foundation laureate and a medalist in the Chicago Symphony Orchestra’s Crain Maling Concerto Competition and the Music Teachers National Association (MTNA) Competition.

Lucie has attended numerous music programs, including the Aspen Music Festival, the New York String Orchestra Seminar, the Bowdoin International Music Festival, and the National Youth Orchestra of the United States. She has collaborated with internationally acclaimed artists such as violinist Stefan Jackiw and dancer Charles “Lil Buck” Riley, and she has performed at venues as diverse as Carnegie Hall and NBA stadiums. When she is not playing cello, Lucie enjoys reading, being outdoors, and seeing her cats. She is a sophomore at Columbia University, where she studies political science.