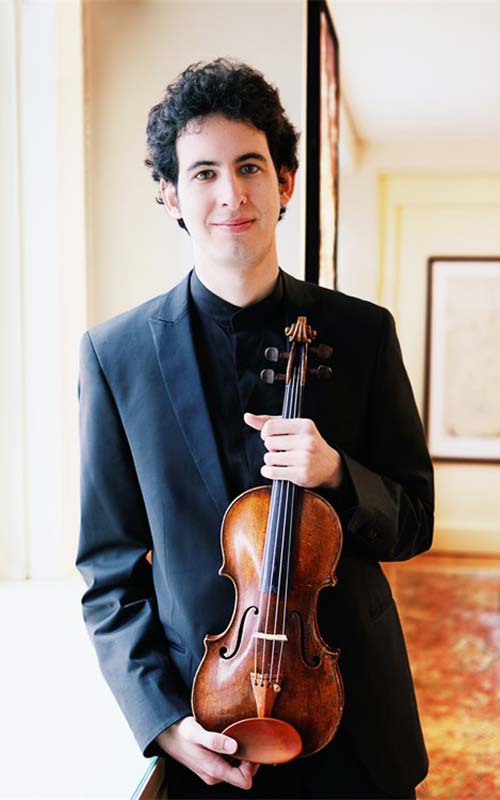 Itamar will be soloing with the Orchestra on Saturday, August 1oth, 2019.

Itamar Zorman is one of the most soulful, evocative artists of his generation, distinguished by his emotionally gripping performances and gift for musical storytelling. Since his emergence with the top prize at the 2011 International Tchaikovsky Competition, he has wowed audiences all over the world with breathtaking style, causing one critic to declare him a “young badass who’s not afraid of anything.” His “youthful intensity” and “achingly beautiful” sound shine through in every performance, earning him the title of the “virtuoso of emotions.”

In the 2018-19 season, Itamar Zorman will appear with Michael Tilson Thomas and the New World Symphony, IRIS Orchestra with Michael Stern, and in performances of his own Four Seasons Around the Globe program with the Bach Festival Society of Winter Park Orchestra, among others. Recital and chamber music appearances include Peoples’ Symphony Concerts and Merkin Hall in New York, Bach Festival Society of Winter Park, and tours with the Lysander Trio and Israeli Chamber Project.

As part of an ongoing exploration of the music of Paul Ben-Haim, he is recording a CD of the works for violin and orchestra with BBC National Orchestra of Wales and Philippe Bach for BIS Records, set for release in Spring 2019. His first solo CD recording, entitled “Portrait”, features works by Messiaen, Schubert, Chausson, Hindemith, and Brahms and was released by Profil – Editions Günther Hänssler.

In recent years, Itamar Zorman has appeared with major orchestras across four continents – USA, Europe, Asia and South America – including the American Symphony Orchestra, the Tokyo Symphony, the KBS Symphony, the Orchestre National du Capitole de Toulouse, RTE National Symphony Orchestra (Dublin), Het Gelders Orkest, Frankfurt Radio Symphony Orchestra, the Israel Philharmonic, and the St. Petersburg Philharmonic. He has given recitals at Carnegie Hall in the ‘Distinctive Debuts’ series, the Louvre Recital Series in Paris, Tokyo’s Suntory Hall, the Laeiszhalle Hamburg, Muziekgebouw Frits Philips in Eindhoven, the HR-Sendesaal Frankfurt and the Kolarac Hall in Belgrade; and at festivals including Marlboro, Classical Tahoe, Chamberfest Cleveland, Kronberg Academy, Rheingau, and the Copenhagen Summer Festival. He has also collaborated with a number of legendary artists such as Richard Goode (including performances at Carnegie Hall and Library of Congress) and Mitsuko Uchida.

Born in Tel-Aviv in 1985 to a family of musicians, Itamar Zorman began his violin studies at the age of six with Saly Bockel at the Israeli Conservatory of Music in Tel-Aviv.  He graduated in 2003 and continued his studies with Professor David Chen and Nava Milo. He received his Bachelor of Music from the Jerusalem Academy of Music and Dance as a student of Hagai Shaham, and his Master of Music from The Juilliard School in 2009, where he studied with Robert Mann and Sylvia Rosenberg. He then went on to receive an Artist Diploma from Manhattan School of Music in 2010 and an Artist Diploma from Julliard in 2012 under the tutelage of Sylvia Rosenberg, and he is an alumnus of the Kronberg Academy where he studied with Christian Tetzlaff and Mauricio Fuks. He is also the recipient of scholarships from the America-Israel Cultural Foundation and has taken part in numerous master classes around the world, working with Itzhak Perlman, Pinchas Zuckerman, Shlomo Mintz, Ida Haendel, and Ivry Gitlis.

He plays on a 1734 Guarneri del Gesu, from the collection of Yehuda Zisapel.

Itamar Zorman’s performance is made possible by John and Catherine Farahi, and Atlantis Casino Resort Spa 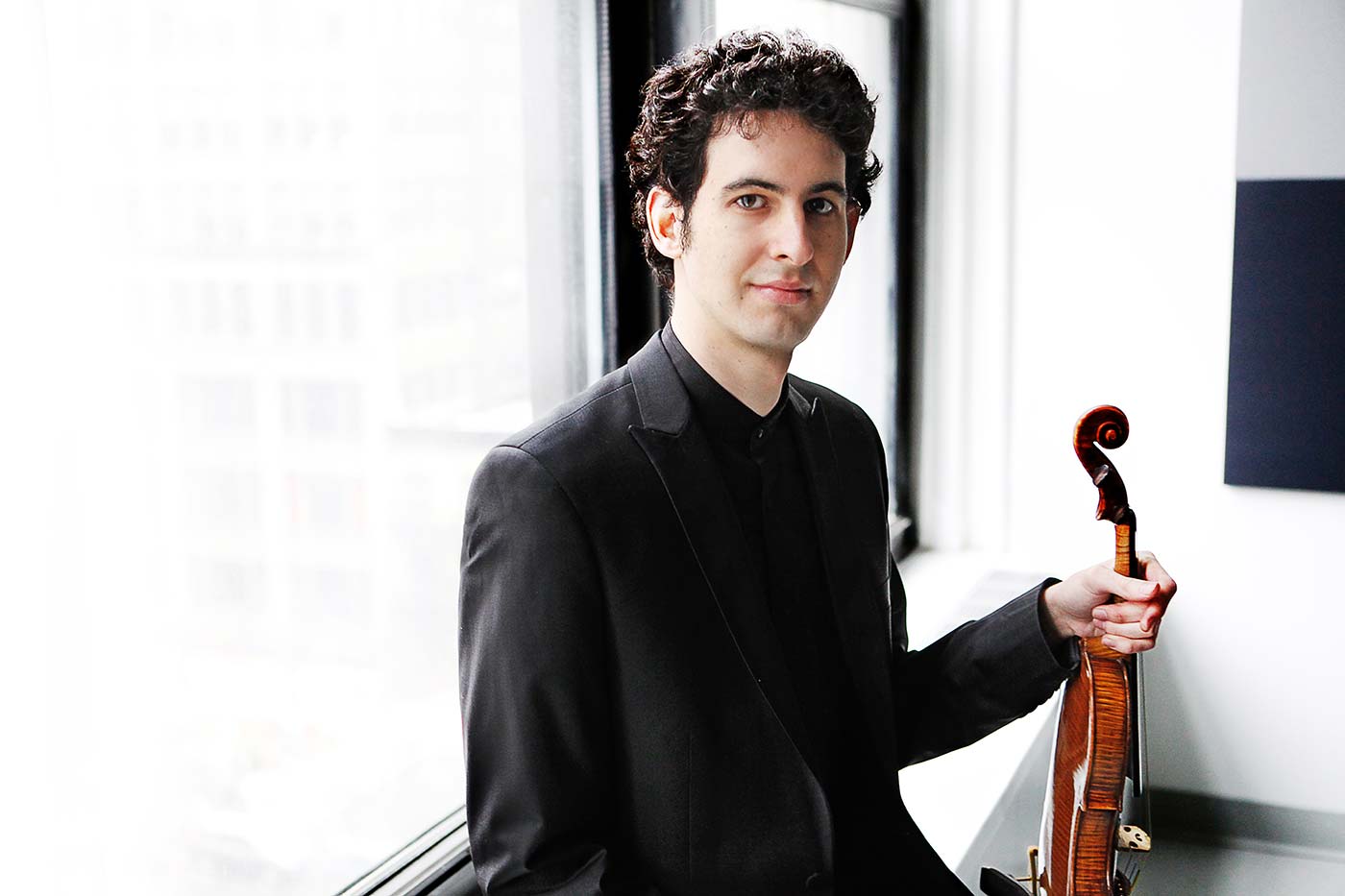