Register for one or more Salons.

Zoom Link will be shared 24 hours in advance of the Salon to the email provided. To watch on multiple screens in one household, you must register again with a separate e-mail.

If you would like to make a donation in support of Classical Tahoe today- there is an option to do so on this registration.

Toast to the accomplishments of 2020 and look to the future of Classical Tahoe at this Salon.

The January 17th Salon will discuss the PBS Reno Classical Tahoe episode 103. Although not required for participation, we recommend watching episode 103 in advance of the Sunday Salon. 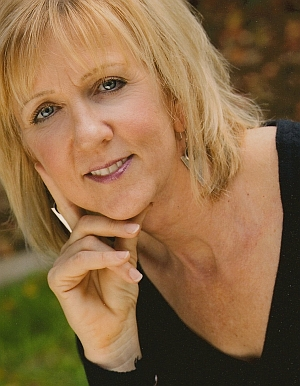 Renee Bouck is an enthusiastic member of the Classical Tahoe board. Now in her third year of service, she accepted the leadership position of president in early 2020. She is proud to be a part of this collaborative team who strive to fulfill the mission of Art and Community with creative innovation.

Renee lives full-time in Incline Village since 2018 with her husband Steve. They were attracted to Lake Tahoe for its awesome natural beauty and the infinite variety of ways to explore this outdoor playground. They spend their time here and when travel permits, sailing the islands of the Caribbean on their Catamaran, their home away from home.

Born and raised in Chicago, IL, she enjoyed a 15 year career in financial services and garnered an MBA from Northwestern University. A move with her husband and two sons to Northern California redirected her efforts to focus on family and philanthropy. Over the years she and Steve have focussed charitable giving on education and assisting disadvantaged youth. Since moving to Incline Village they’ve added environmental conservation to that effort. They are have been contributors to The Children’s Receiving Home of Sacramento, The Taylor House in Roseville CA, and most recently The Tahoe Fund.

Renee is a lifelong student of the art, science and philosophy of Yoga. Certified in the Iyengar tradition, she has also studied extensively in both the Astanga and Anusara traditions. She hopes to resume small class teaching in Incline Village when safe to do so. 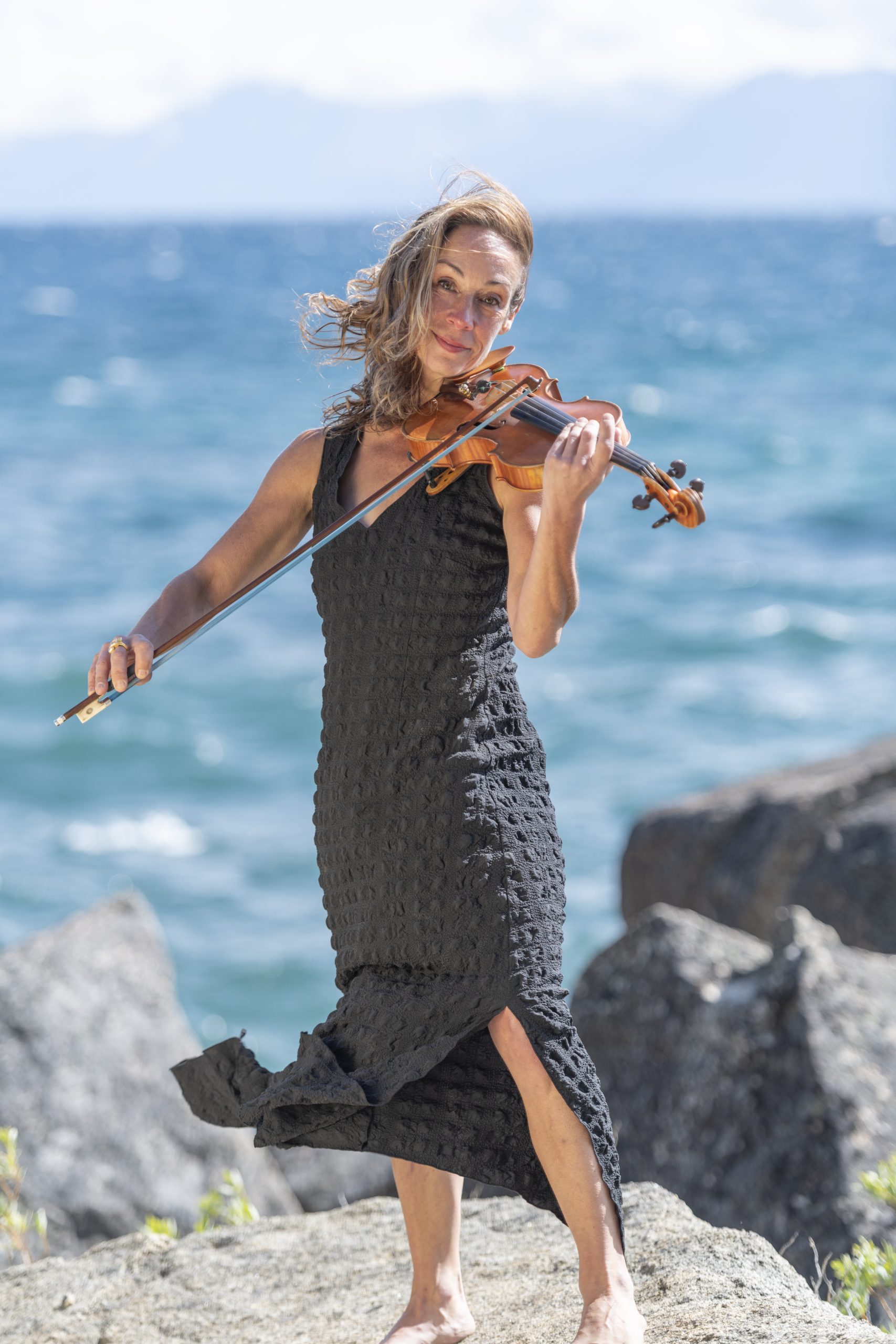 A generous match by the Classical Tahoe Board & Founder Level Donors will automatically triple your impact. Please, help reach Classical Tahoe’s goal of $150,000 by February 7, 2021. 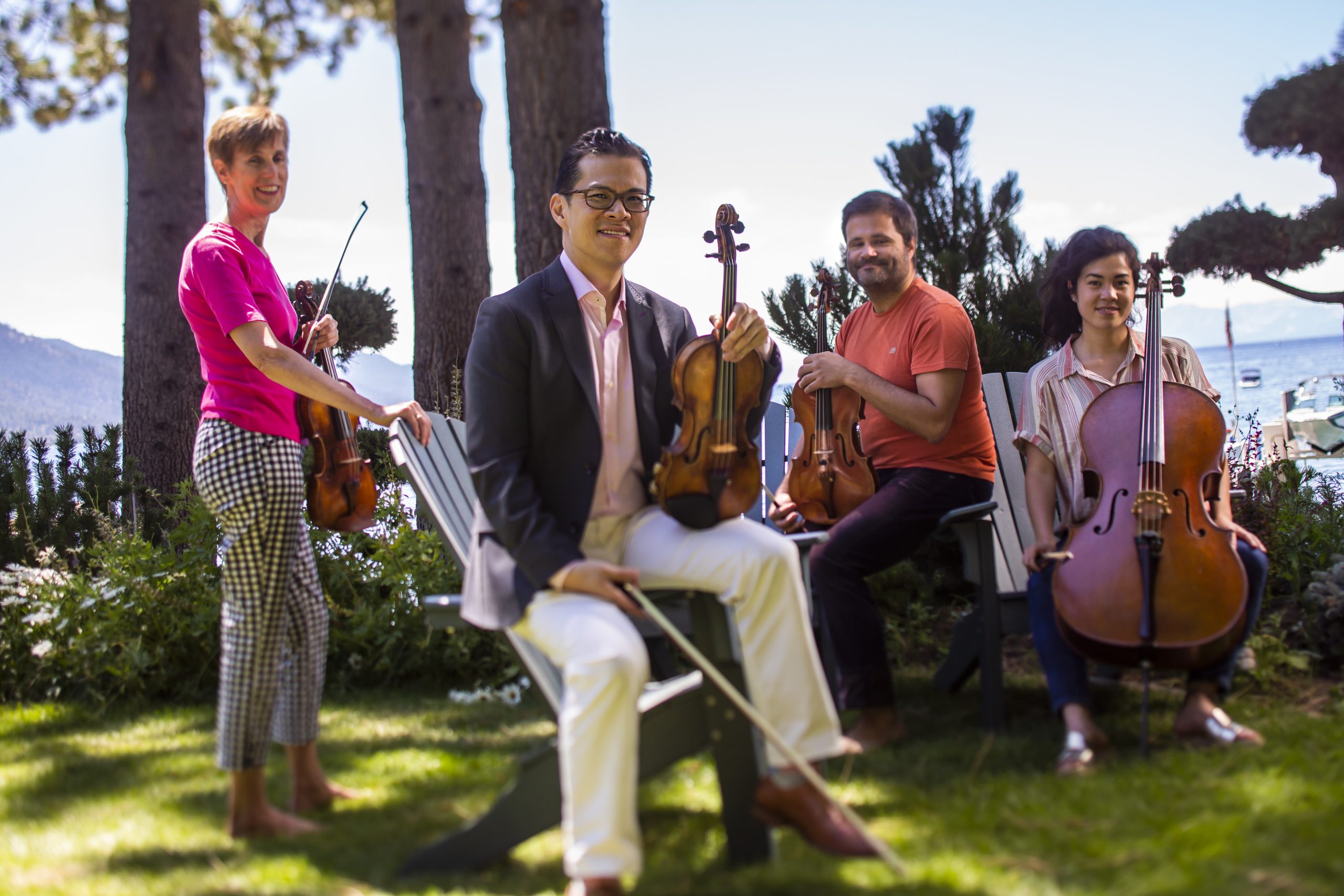 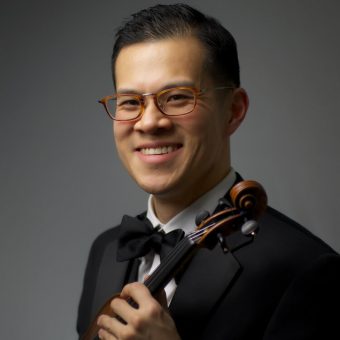 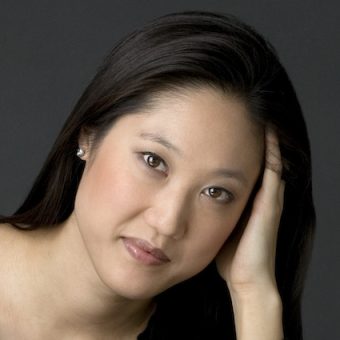 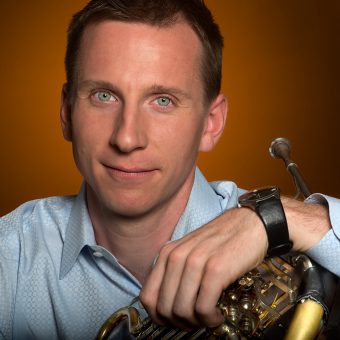 Current: Principal Horn, Chicago Symphony Orchestra
Ensembles: Principal Horn, Dallas Symphony; Solo Horn, Berlin Philharmonic; Guest Principal, London Symphony, Philadelphia Orchestra, Hong Kong Philharmonic and St. Paul Chamber Orchestra; Co-Associate Principal, Fort Worth Symphony
Festival/Chamber: Director, Avant Chamber Ballet (TX), Tanglewood Festival, and many solo and chamber music appearances in U.S. and abroad
Other: He did a year of service as an Americorps intern in Port Townsend, WA.
AND: Coming from a family of French horn players, David earned the right to use his grandmother’s horn when he was 11 after proving he could play his first scale. Outside of the practice room, he recently completed the hike of the John Muir Trail 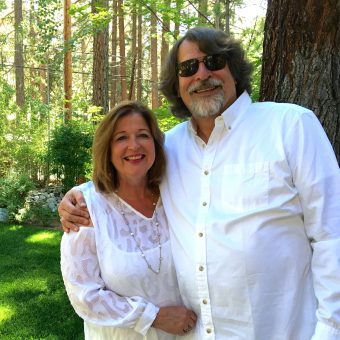 Grammy-nominated composer Chris Brubeck continues to distinguish himself as a multi-faceted performer and creative force. An award-winning writer, he is clearly tuned into the pulse of contemporary music. The respected music critic for The Chicago Tribune, John von Rhein calls Chris: “a composer with a real flair for lyrical melody–a 21st Century Lenny Bernstein.”

Chris has created an impressive body of symphonic work while maintaining a demanding touring and recording schedule with his two groups: the Brubeck Brothers Quartet (with brother Dan on drums), and Triple Play, an acoustic trio featuring Chris on piano, bass and trombone along with guitarist Joel Brown and harmonica player extraordinaire Peter Madcat Ruth. Additionally, Chris performs as a soloist playing his trombone concertos with orchestras and has served as Artist in Residence with orchestras and colleges in America, coaching, lecturing, and performing with students and faculty.

Chris is a much sought-after composer, and has been commissioned to write many innovative works. Current projects include a concerto for the Canadian Brass Quintet to be premiered with the Lexington Philharmonic in November 2017. As Composer-in-Residence with the New Haven Symphony in 2015, Chris premiered Time Changes for Jazz Combo and Orchestra. He had two new commissions premiere in 2016: “Fanfare for a Remarkable Friend” and “Sphere of Influence”. His “Affinity: Concerto for Guitar & Orchestra” was written for celebrated guitarist Sharon Isbin, and premiered in April, 2015. To commemorate the 70th anniversary of the Allied Liberation of France in June, 2014, Chris and French composer Guillaume Saint-James wrote Brothers in Arts: 70 Years of Liberty, which premiered to much acclaim in Rennes, France. Chris’s long list of commissions are varied and range from a Russian-American cooperative project commissioned by the Hermitage Museum and the National Gallery (“The Hermitage Cats Save the Day”), to the Kennedy Center for the National Symphony Orchestra; to concertos written for violinist Nick Kendall; the exciting trio Time for Three, a song cycle for Frederica von Stade (“River of Song”) as well as many chamber and orchestral pieces commissioned by the Concord Chamber Music Society, the Muir String Quartet, 3 commissions from The Boston Pops, and multiple commissions from consortiums including The Boston Pops, Baltimore Symphony, Colorado Music Festival in Boulder, Indianapolis Symphony, Portland Symphony, Oakland East Bay Symphony, and many others. His highly acclaimed Concerto for Bass Trombone and Orchestra, has been played by many of the top bass trombonists in the world and was recorded with Chris as soloist with the London Symphony Orchestra. It can be heard on the Koch International Classics recording “Bach to Brubeck”. He also wrote a second trombone concerto, The Prague Concerto which he premiered and recorded with the Czech National Symphony Orchestra on the Koch cd, “Convergence”. Reviewing that disc, Fanfare Magazine wrote “Brubeck’s skill both as composer and soloist is extraordinary.” April, 2009 saw the premiere of “Ansel Adams: America”, an exciting orchestral piece written by Chris and Dave Brubeck. It was commissioned by a consortium of eight orchestras and is accompanied by 100 of Ansel Adams’ majestic images projected above the orchestra. In 2013, “Ansel Adams: America” was nominated for a Grammy for Best Instrumental Composition. 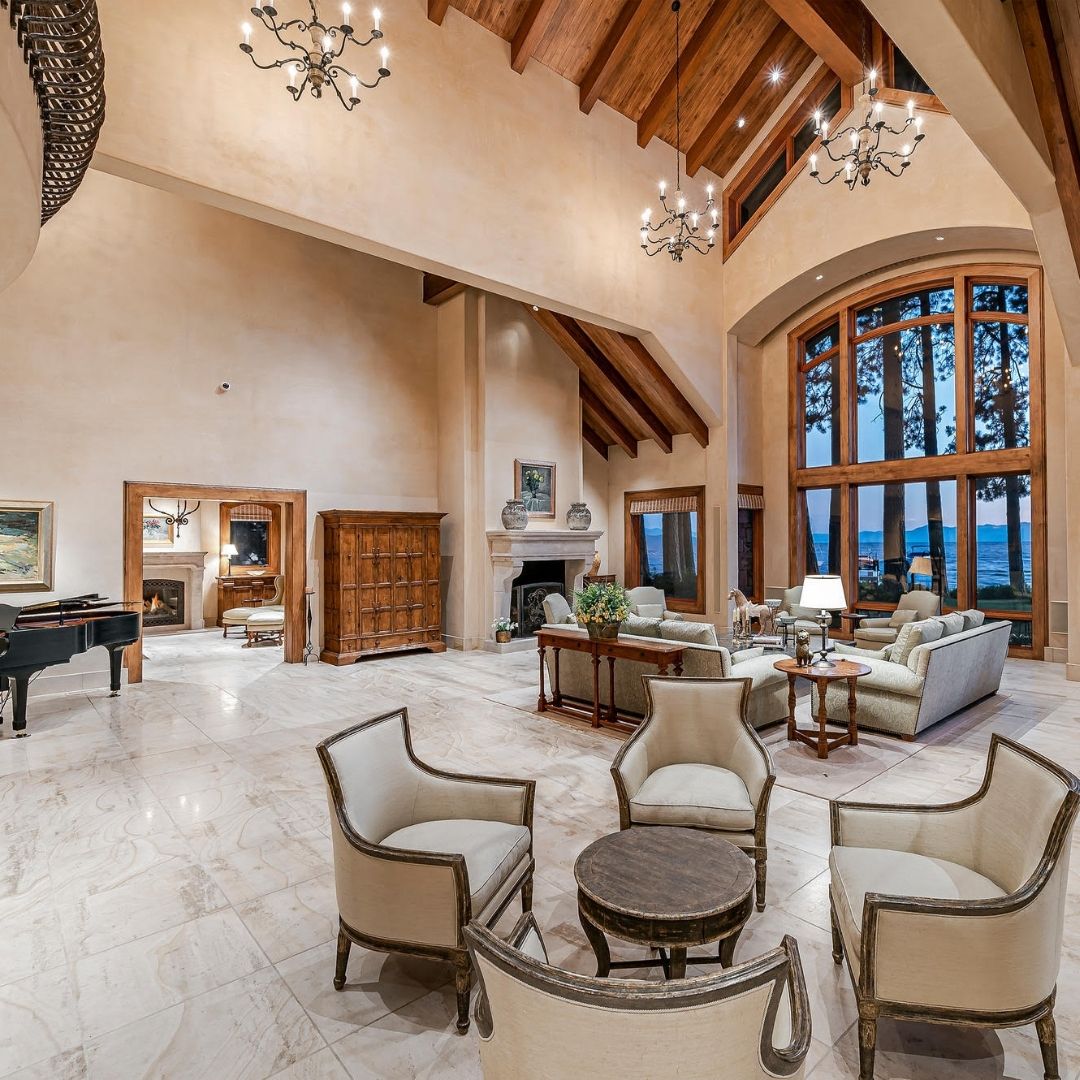 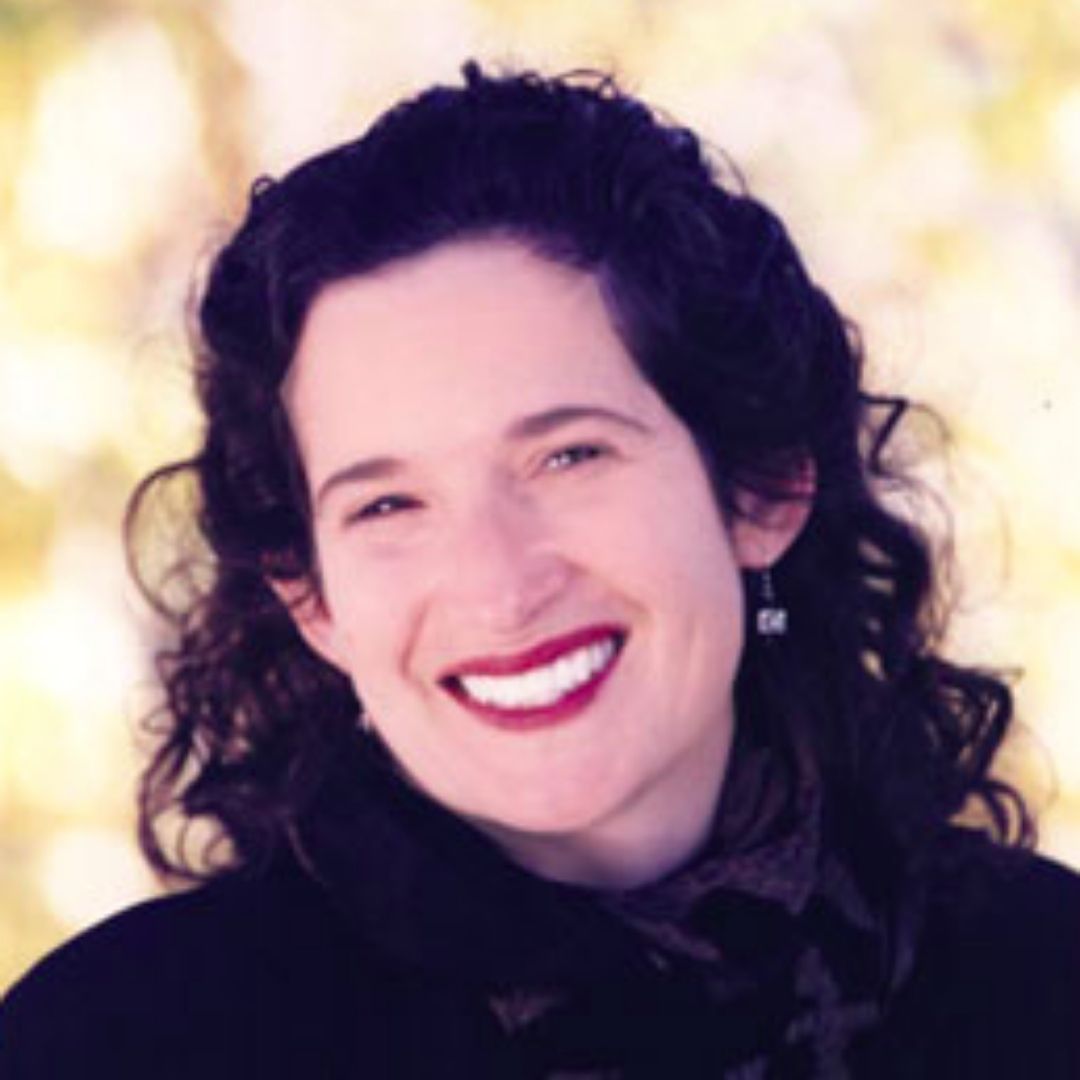 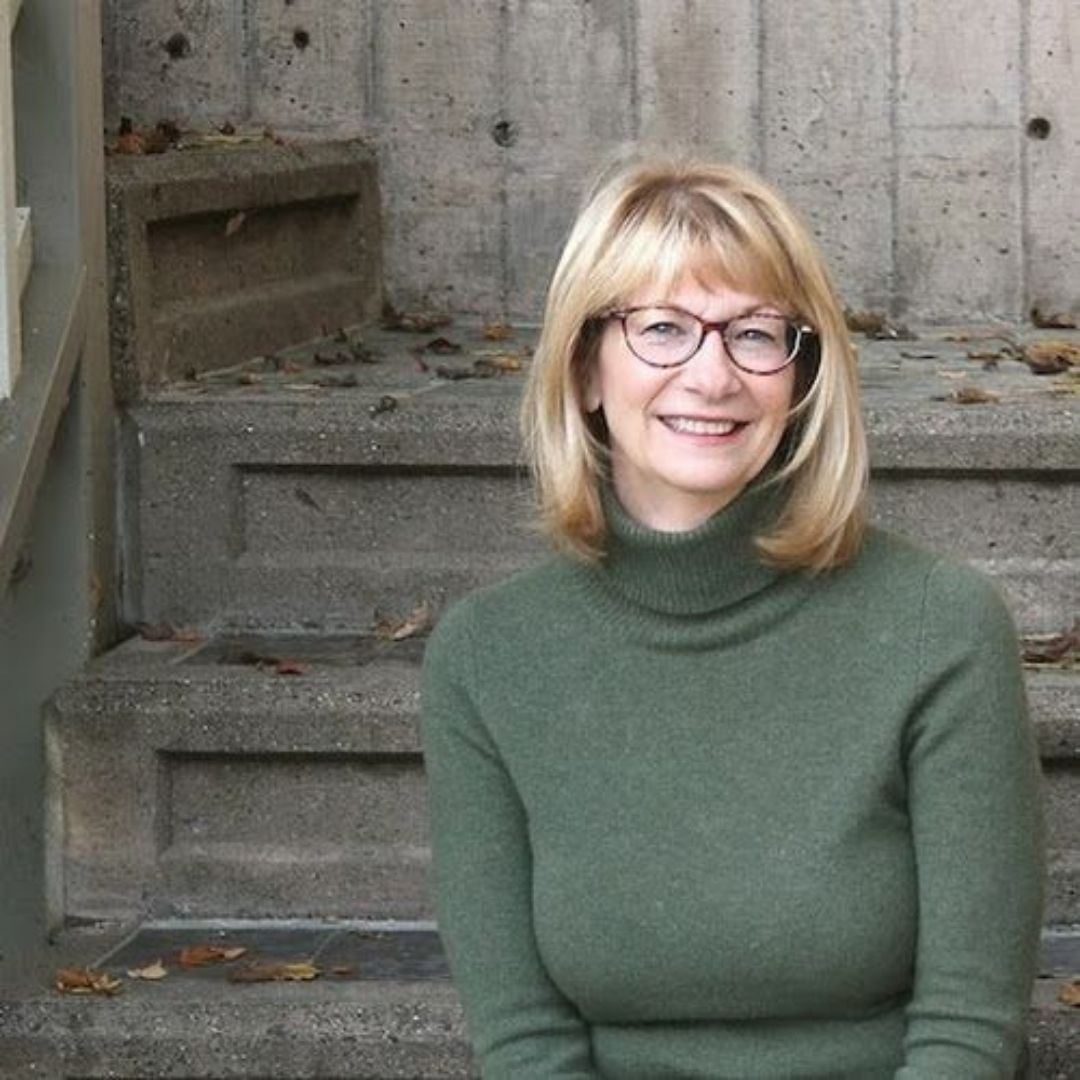