Jennifer will be soloing with the Orchestra on Saturday August 3rd, 2019. 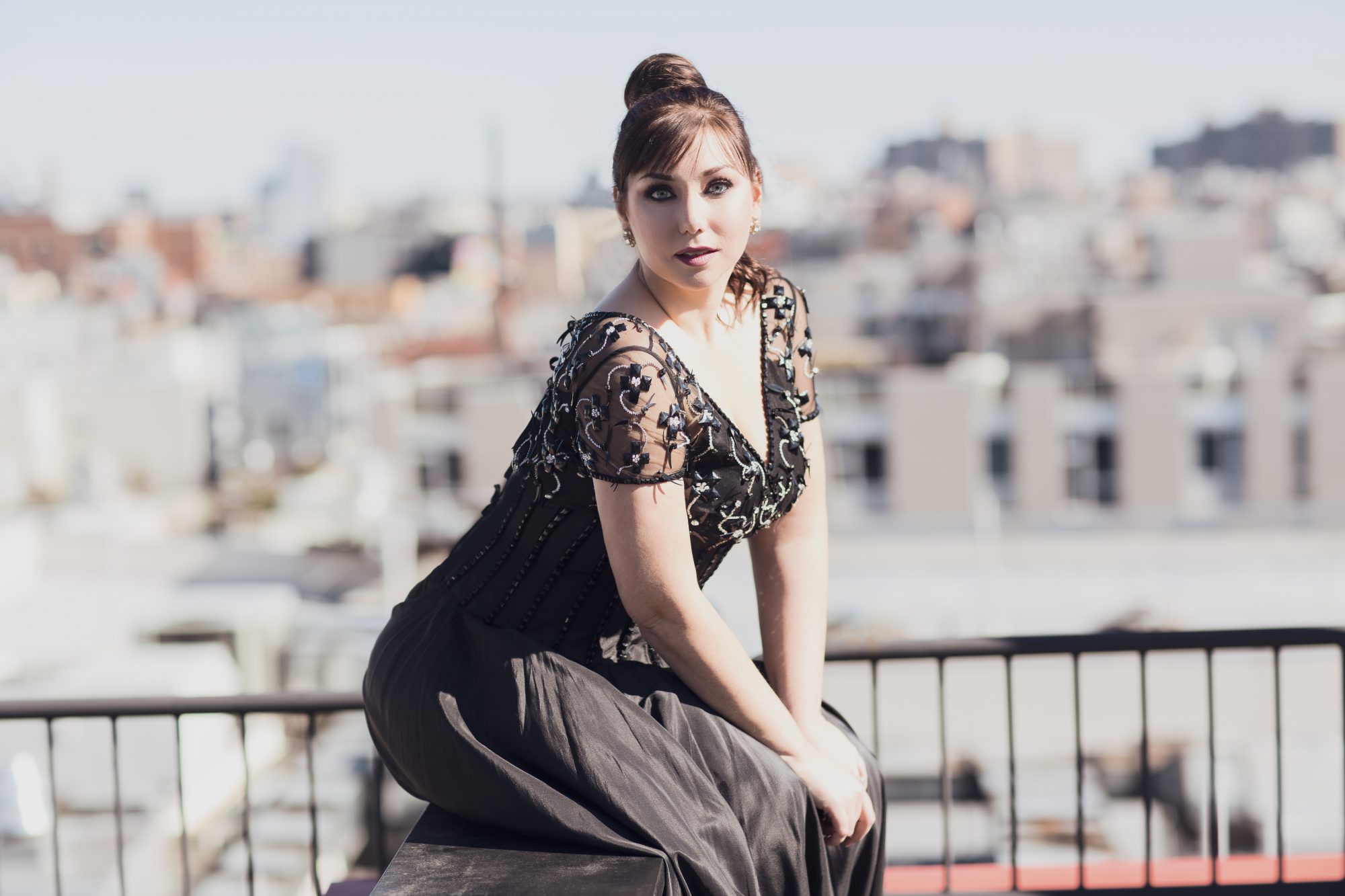 Soprano Jennifer Rowley is acclaimed worldwide for her unforgettable voice and remarkable stage presence. In the 2017/2018 season, following her performances of the same title role with Nashville Opera, Ms. Rowley returned to The Metropolitan Opera in their new production of Tosca where she presented a “magnificent” (ZealNYC) portrayal. Ms. Rowley later starred as Leonora in Il trovatore on the Met stage, celebrated as “glorious, showing the listener the range her instrument truly possesses” (Operawire).

This summer, Ms. Rowley will debut in the title role of Simon Mayr’s rarely performed bel canto opera Medea in Corinto in New York with Will Crutchfield’s newly formed summer festival, Teatro Nuovo. Next season, Ms. Rowley returns to The Metropolitan Opera as Tosca and in her title role debut as Adriana Lecouvreur, as well as several additional engagements with the house through 2020. Next season also marks her first appearance at the Maggio Musicale Fiorentino in September, as Leonora in Il trovatore. In the future she debuts at The Dallas Opera, and will sing her first Amelia in Un ballo in Maschera.

Ms. Rowley’s triumphant Metropolitan Opera role début as Roxane in Alfano’s Cyrano de Bergerac inspired universal critical praise, with The New York Times raving that this was a “break-through moment,” further adding that for the heartbreaking final scene, “Ms. Rowley sang with an intensity of expression and a subtly embittered sound that suggested a singer for enormous gift and promise.” The New York Classical Review echoed these statements, also calling this “a break out night for Ms. Rowley.” OperaWire called her Roxane “the heart of the production,” The Observer said she is “a supurb artist” and compared her beauty and expressive face to that of Marion Cotillard, while ConcertoNet called her Roxane “a revelation.” Jennifer has also been featured on the Met stage in her incredible house début as Musetta in La bohème.

In recent seasons, Ms. Rowley sang a trio of European performances as Leonora in Il trovatore at Opéra de Lille, Théâtre de Caen in France, and the Grand Théâtre de Luxembourg; along with, Tove in Schönberg’s GurreLieder with the Orquestra Sinfônica do Estado de São Paulo (OSESP).

Additional recent engagements included débuts as Musetta in La bohème at the Royal Opera House, Covent Garden, Leonora in Il trovatore at the West Australian Opera in Perth, and the title role of Tosca at the Semperoper Dresden. Other notable successes include the title role of Tosca with New Orleans Opera and her role debut as Vanessa with Toledo Opera.

Her swift ascent to stardom began when she burst onto the international scene as a last-minute replacement in the title role of Donizetti’s Maria di Rohan at the Caramoor Music Festival. Of the performance, which she gave with just one day’s notice and one rehearsal. The New York Times stated, “Throughout, she sang with a fluid, darkly rich voice and expressively conveyed Maria’s anguish,” and Opera News noted that she “emerge(d) not just unscathed, but a real star…” She followed that performance with critically acclaimed successes at the Norwegian National Opera as Musetta (released on DVD) as well as Finland’s Savonlinna Festival as Donna Anna in Don Giovanni.

Ms. Rowley made her Carnegie Hall début singing Verdi’s Messa da Requiem with the St. Cecilia Chorus and Orchestra, followed by acclaimed performances at New York City Opera and the Savonlinna Opera Festival. She made her debut at Alice Tully Hall, was a featured guest soloist on the 10th Anniversary Gala with Opera Hong Kong, and made her much lauded debut at the Spoleto Festival USA, setting the festival ablaze with an impressive double bill performing Anna in Puccini’s Le Villi and Carmela in Giordano’s Mese mariano.

Ms. Rowley made her professional debut in Cleveland Opera’s Die Zauberflöte, conducted by Anton Coppola. As a young artist, she worked with the Scuola dell’Opera Italiana at the Teatro Comunale di Bologna where she made her first main stage appearance as Magda in La rondine, as well as performances with The Opera Theatre of St. Louis, the Caramoor Music
Festival, Brevard Music Center, the Instituto Superior del Arte of the Teatro Colón, and regionally at Michigan Opera Theatre.