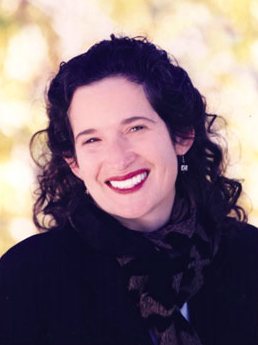 Over the past thirty years, she has carved out a unique professional niche. Karen’s mission is to bring cities to life by placing people and experiences at the heart of economic development. She has an award-winning record of analyzing opportunities, connecting partners, strategizing solutions and mobilizing resources to transform communities.

Karen has been honored as the Civic Leader of the Year by the Reno/Sparks Chamber of Commerce, featured in the New Yorker’s “Talk of the Town,” and been called one of Nevada’s 20 Most Influential Leaders to Watch in the 21st Century. Her leadership in cultural economic development is evidenced across the country from Brooklyn, New York to Telluride, Colorado and Reno, Nevada.

She began her career at NW AYER Advertising and Public Relations in New York City. As an Account Executive, she worked on the AT&T Corporate Account on AT&T Presents Carnegie Hall Tonight and American Orchestras on Tour.

From 1986-1989, she was Press Representative at the BROOKLYN ACADEMY OF MUSIC (BAM), one of American’s most innovative and respected avant-garde performing arts centers. While at BAM, she was asked to serve the United States as Press Attaché for two Cultural Exchange Programs that toured the Soviet Union and Japan coordinating interviews with the New York Times (front page story), NBC’s Today Show and ABC’s Good Morning America. She was also honored to serve as a Press Assistant to Princess Diana during her first official visit to the United States in 1989.

In 1990, Karen became Executive Director for the TELLURIDE INSTITUTE in Colorado, a think-tank created to expand the area’s boom-bust tourist-based economy. At the Institute, she helped develop cultural, environmental and technology initiatives under the leadership of such visionaries as John Naisbitt (author of Megatrends), Amory Lovins (energy & sustainability) and John Cage (composer). Programs such as ‘The Ideas Festival,’  ‘Agriculture for the High Mountain West’ and ‘Composer-to-Composer’ inspired visitors to become residents.

In 1996, Karen co-founded the ARTOWN FESTIVAL in Reno, Nevada, and served as Executive Director for seven years. The Festival began with a small grant ($45K) to strengthen Reno’s arts industry while enhancing its civic identity and national image. In half a decade, Artown grew into one of America’s largest visual and performing arts festivals featuring 200 events, presented by 75 partners in 50 locations citywide. Today 250,000 residents and visitors enjoy the festival annually. The San Francisco Ballet, Kronos Quartet, Femi Kuti and Mikhail Baryshnikov made their Nevada debut performances at Artown. Under Craig’s leadership, Artown received two dozen major awards including the U.S. Conference of Mayors’ Outstanding Achievement for City Livability, the International Downtown Association’s Excellence Award and the Governor’s Arts Award for Distinguished Service. Artown is credited with launching Reno’s cultural and economic rebirth and establishing the brand “Reno is Artown.”

From 2003-2006, she broadened her experience into conservation and major gifts fundraising. Karen served as Nevada’s Director of Philanthropy for THE NATURE CONSERVANCY where she successfully raised major gifts and leveraged matching grants for projects in Nevada, Costa Rica, Indonesia and Canada.

Karen lives in Reno, NV where she, her husband Lindsay and son Jason are stewards of a Pony Express era barn that is thriving again with orchards, gardens, bees, livestock and a resident family of great horn owls.