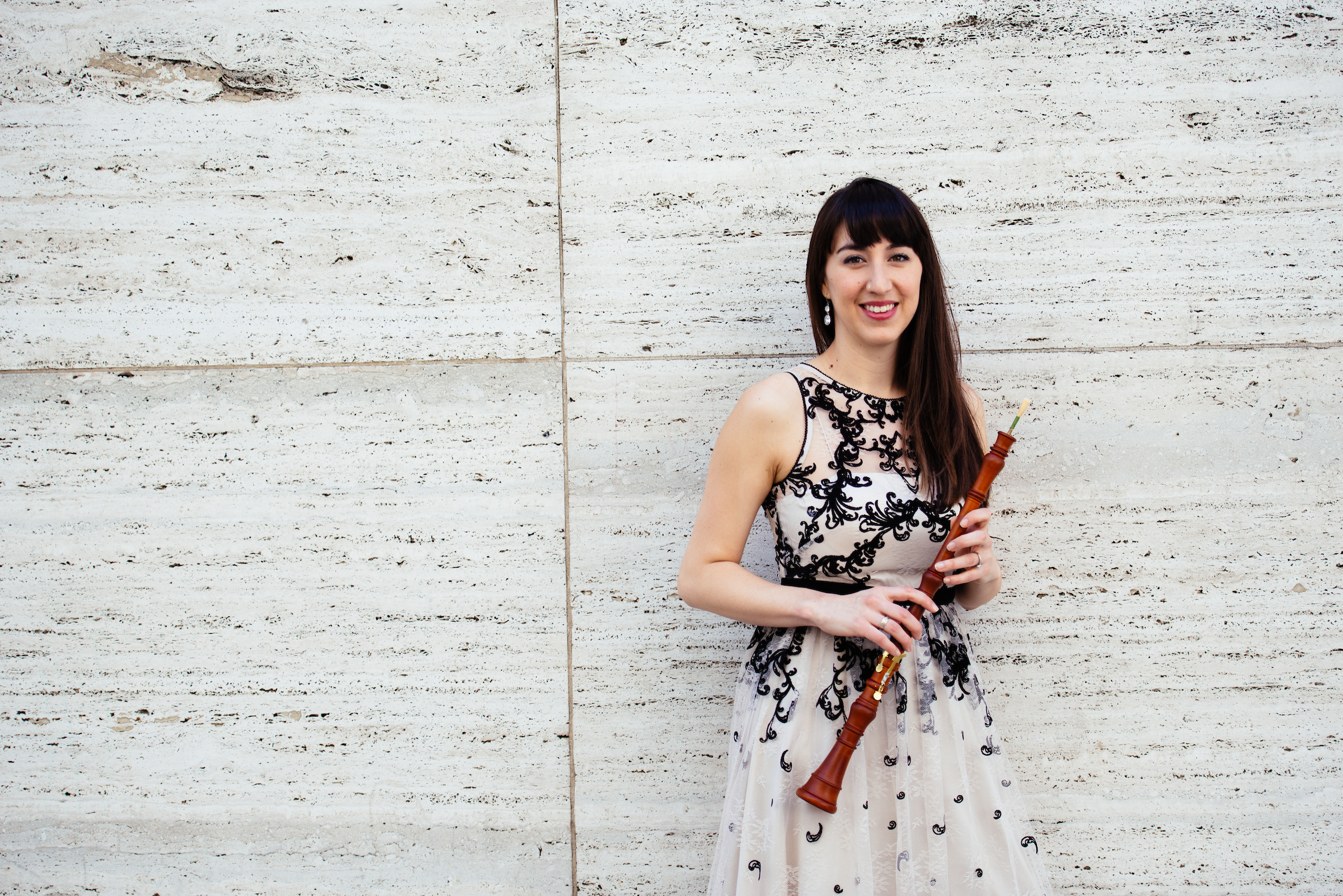 Classical Tahoe Deputy Director Lindsay McIntosh, a Truckee, California native, is a historical oboist, arts entrepreneur and new music devotee. A recent graduate of the esteemed Juilliard School of Music, McIntosh was on a full scholarship in the Historical Performance program and has appeared under world-renowned conductors such as William Christi, Masaaki Suzuki, Jordi Savall, Richard Egarr and Monica Huggett.

In 2013, while in her second year of graduate studies at the Juilliard School, McIntosh discovered her passion for leadership and creative programming. As a result, McIntosh founded New Vintage Baroque –an adventurous period instrument ensemble dedicated to the creation of 21st-century repertoire for early instruments.  Praised for its “buoyant pulse … appealing energy” and “thoughtfully conceived…(programs)” The New York Times, New Vintage Baroque (NVB) embodies McIntosh’s vision for the performing arts – to bring audiences the highest level of historical performance practice and to unite past and present musical styles by offering new composers a platform to showcase their compositions alongside the music of the Baroque era. As artistic and executive director of NVB, McIntosh self-produced 25 distinct programs, fundraised more than $100,000, cultivated the organization’s board of directors, commissioned and performed 17 world premieres, collaborated in three opera productions, recorded and released an album of original works on the VIA label and performed in over 75 performances in New York City, Connecticut, California and the Netherlands.

Recognizing her professional strengths beyond that of a freelance oboist, in 2015 McIntosh joined the founding team of National Sawdust, a new, critically-acclaimed music venue and non-profit Arts Institute located in Williamsburg, Brooklyn. There, McIntosh worked on the artistic team as a full-time programming associate creating, implementing, producing and tracking projects at the core of the venue’s mission including ten group residencies and fourteen opera productions. McIntosh’s charisma and experience as a musician led her to become a lead producer for major events and her sensitivity to an artist’s needs led her to become a lead artistic liaison to hundreds of professional musicians and ensembles.

In August of 2017, McIntosh launched Coburn Music, a culmination of 10 years’ expertise, featuring six unique programs and an educational forum performed by New Vintage Baroque throughout Truckee. Her appealing programming style has proven enjoyable to a broad demographic. What’s more, her uncanny ability to collaborate with local organizations unites classical art and local businesses in a masterful integration of performing arts and community. Coburn Music remains committed to bringing the highest level of music making to the Truckee-Tahoe basin.

As Deputy Director of Classical Tahoe, McIntosh works with Executive Director Karen Craig to continue to help propel the thriving arts community in the Lake Tahoe region to the forefront of the classical music world.