Copland: Fanfare for the Common Man
Bernstein: Three Dance Episodes from On the Town
Gershwin: Rhapsody in Blue
Aldo López-Gavilán, piano
Intermission
Dvořák: Symphony No. 9, “From the New World”

A thrilling fanfare of brass and percussion opens the 2017 season, launching you into a kaleidoscope of American music. From Gershwin’s free-wheeling jazzy Rhapsody in Blue and Bernstein’s four WWII sailors dancing their way through New York to Dvorak’s symphony From the New World with its soul-stirring American tunes, the national musical soul shines. Don’t miss electrifying Cuban piano Guest Soloist Aldo López-Gavilán making his Tahoe debut, knocking Gershwin’s Rhapsody in Blue out of the park!

Tonight’s concert with Aldo Lopez-Gavilan and his performance of Rhapsody in Blue is dedicated to the memory of a father also named George who was a brilliant pianist and band leader during the heyday of the Vaudeville era.

Aldo Lopez-Gavilan’s appearance is sponsored in celebration of the recent cultural exchanges between the United States and Cuba.


Fanfare for the Common Man is dedicated to Ron and Barbara Goldman on the occasion of their 55th Anniversary. 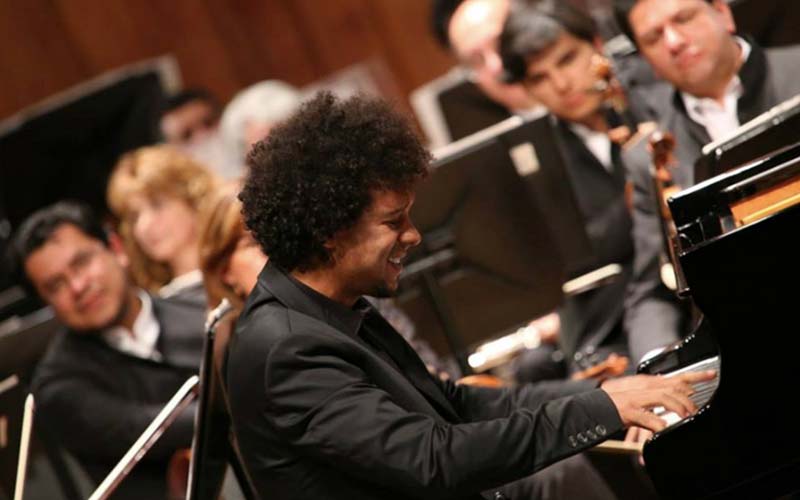