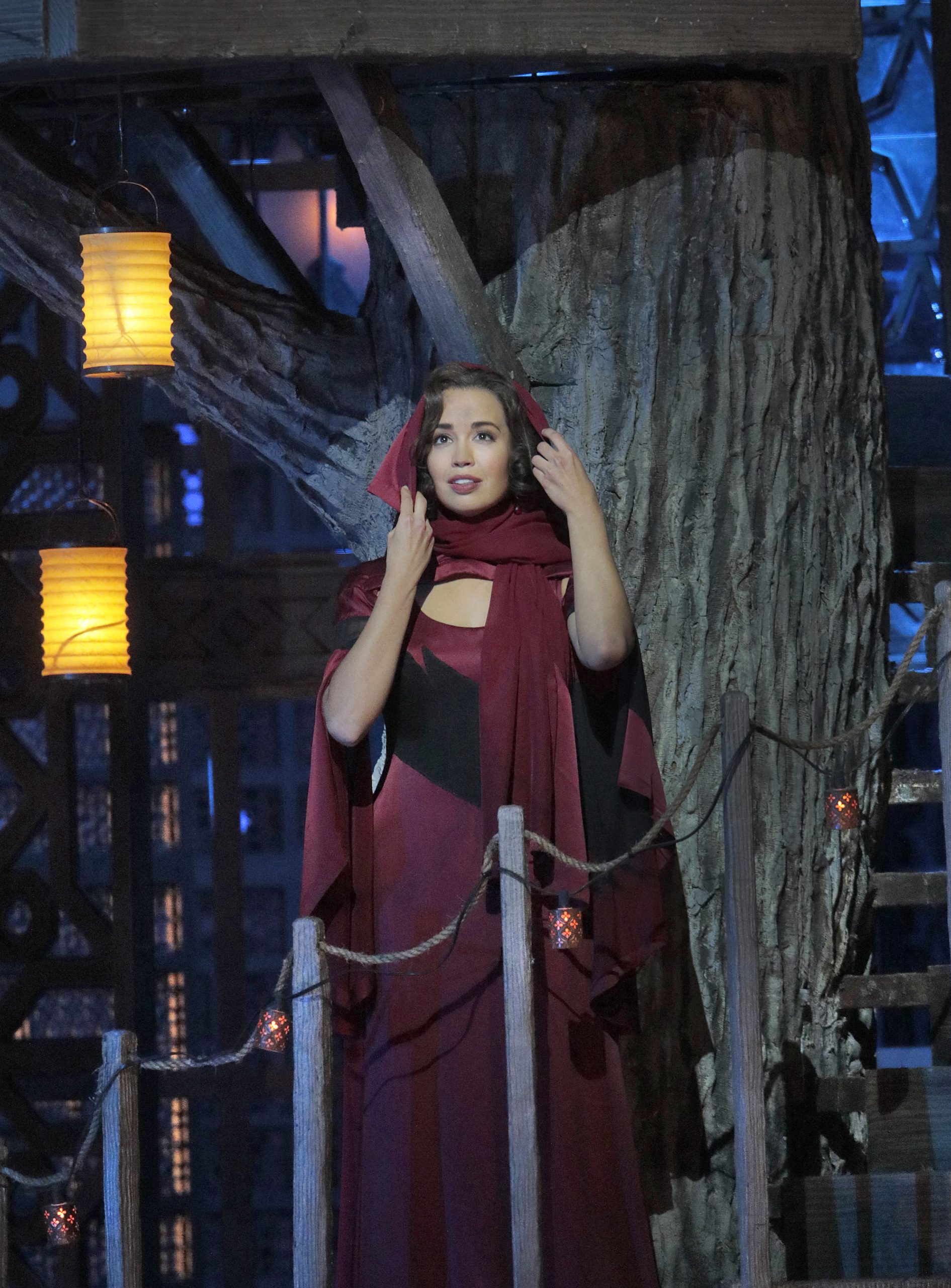 Nadine will be soloing with the orchestra on Friday, July 31 .

“Her voice with its pure, incisive and delicate timbre radiates tenderness in the middle register, while she floats her golden high register to the limits of audibility .” 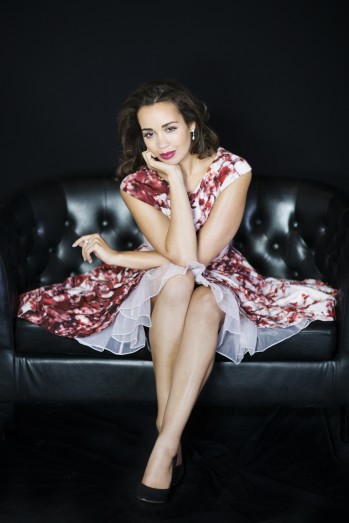 Praised for her vocal beauty, seamless technique, and abundant musicality, Nadine Sierra is being hailed as one of the most promising, young talents in opera today. She was named the Richard Tucker Award Winner in 2017 and was awarded the 2018 Beverly Sills Artist Award by the Metropolitan Opera. Having made a string of successful debuts at the Met, Teatro alla Scala, Opéra national de Paris, and Staatsoper Berlin, she has become a fixture at many of the top houses around the world. On August 24th, 2018, her debut album, There’s a Place for Us, will be released under the Deutsche Grammophon/Universal Music labels.

In the 2018-19 season, Sierra reprises the role of Nannetta in Falstaff at the Staatsoper Berlin, Gilda in Rigoletto at the Metropolitan Opera, makes her highly anticipated house and role debut as Manon at the Opéra national de Bordeaux, and performs Gilda, one of her signature roles, in Staatsoper Berlin’s new production of Rigoletto, under the baton of Daniel Barenboim. Her season is also comprised of multiple concerts around the world, including Maria in a concert-version of Leonard Bernstein’s West Side Story with Antonio Pappano at the Accademia Nazionale di Santa Cecilia, her debut with the Philadelphia Orchestra and newly appointed Metropolitan Opera Music Director, Yannick Nézet-Séguin, Teatro La Fenice’s televised Capodanno celebration, the Richard Tucker Gala at Carnegie Hall, and her concert debuts in Prague, Bordeaux, and Baden-Baden. She joins Andrea Bocelli at Madison Square Garden in NYC, TD Garden in Boston, PPG Paints Arena in Pittsburgh and will return to Paris, Dallas, and Mexico City to give solo concerts.

Ms. Sierra’s 2017-18 season included her role debut as Susanna in Le nozze di Figaro at the Metropolitan Opera, the title role in Lucia di Lammermoor at Teatro La Fenice, her role debut as Nannetta in Falstaff at the Staatsoper Berlin, Norina in Don Pasquale at the Opéra National de Paris, a concert tour with Andrea Bocelli, solo recitals with the Dallas Opera and at the Park Avenue Armory in NYC, and appearances at both the Tanglewood and Ravinia music festivals.

Other notable engagements from past seasons include Zerlina in Don Giovanni, Flavia in Eliogabalo, Pamina in Die Zauberflöte and Gilda in Rigoletto at Opéra national de Paris. She has also performed Gilda, Zerlina and made her role debut as Ilia in Idomeneo at the Metropolitan Opera. At the San Francisco Opera, she has performed Lucia, Musetta, Pamina, and Contessa and in 2016, she and Leo Nucci made headlines after her house debut in Rigoletto at Teatro alla Scala when, on opening night, they were prompted by the audience to encore the duet, breaking a La Scala tradition dating back to Toscanini. Among many of her concert appearances ranging from Carnegie Hall, Arena di Verona, and the Musikverein in Vienna, the soprano also had the privilege and honor of performing twice at the U.S. Supreme Court for the Honorable Justices.

Throughout Ms. Sierra’s young career, she has taken home several awards and is the youngest winner to date for both the Marilyn Horne Foundation Vocal Competition and the Metropolitan Opera National Council Auditions, as recounted by Nick Romeo in his book Driven: Six Incredible Musical Journeys (2011), a chapter of which is devoted to Sierra’s Grand Finals triumph. She also took home first prizes in 2010 at the George London Competition, Gerda Lissner International Competition, and Loren Zachary Competition, and was a recipient of a Richard Tucker Music Foundation Study Grant. In 2013, she placed first at the Neue Stimmen, Caballé, and Veronica Dunne International Singing Competitions, and won a Richard Tucker Music Foundation Career Grant.

Ms. Sierra fell in love with opera at a young age, after watching a VHS of La bohème, and began voice lessons at the age of six in her home state of Florida. Although she made her professional debut as a teenager with the Palm Beach Opera, she decided to continue studying, and received her bachelor’s degree from Mannes College the New School for Music. Following graduation, she went on to participate in the Adler Fellowship Program at the San Francisco Opera, forming a lasting relationship with the company.

She has been featured in Vogue, Nylon, Bon Appetite, Opera News, on the cover of Classical Singer magazine, and numerous international TV and print media. She maintains an active presence on social media, where she interacts with her followers by answering messages, comments and questions on a daily basis. On her instagram profile, she has launched two successful series, Mornings with Nadine and Notes from Nadine, giving her followers an exclusive look at the life of a modern-day opera singer. Ask her your questions on instagram @nadine.sierra.