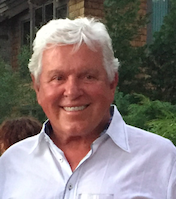 Ron and Maureen Ashley are founding member supporters of Classical Tahoe since its inception six years ago. They live part-time in Incline Village and San Rafael, California.

Ron and Maureen ran a specialist dental practice in downtown San Francisco devoted to adult orthodontics and cosmetic dentistry. Ron is a founding member of the American Academy of Cosmetic Dentistry and was elected a fellow—its highest honor. Ron received national and international press coverage for his innovative techniques and talents. Ron and Maureen founded Oakmont Properties, a multifamily housing business in 1988 and have grown it into over 4,000 units in Sacramento and Sparks, Nevada. Their son, Ryan, is now a partner after eighteen years and is highly involved in management as well.

Ron and Maureen have developed a deep appreciation for classical music by getting to know Maestro Joel Revzen and his wife, Cyndy and many of our great musicians. The Ashleys enjoy sponsoring their annual appreciation party for the musicians by the lake at their home. Viva Classical Tahoe!