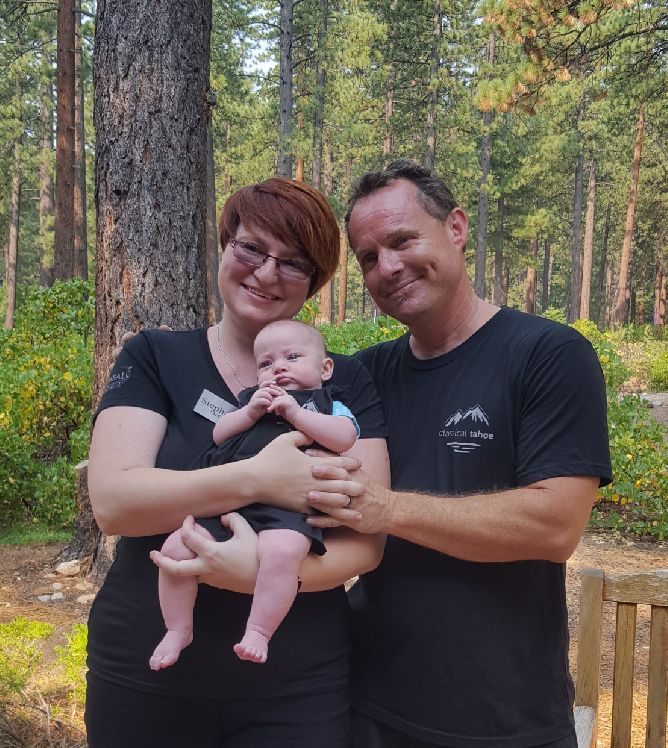 Steve joined Classical Tahoe in 2016 as a stagehand, and now proudly serves as the Production Manager. Prior to Classical Tahoe, Steve joined IATSE (International Alliance of Theatrical Stage Employment) Union local 363 in 2015 and currently serves on the Executive Board. Steve is also the Head Flyman at the Pioneer Center for Performing Arts in Reno, NV. He currently sets up all major concerts and Broadway Tours that come through Reno, in addition to running spotlight and lighting. He is also one of the main electricians for the local conventions. Despite all of this, Steve still finds time to run sound and lights for Sisters Three Productions, a Reno based production company co-owned by his beautiful wife Stephanie McCoy.

Prior to finding his passion in theater, Steve has been a wildland firefighter, truck driver, has dabbled in the culinary arts, and worked in a castle while he was living in Austria. Steve also currently owns his own successful painting and remodeling business in Reno, NV.

Steve says his proudest moment was marrying his love, Stephanie McCoy and his greatest accomplishment in his life thus far was the birth of his beautiful daughter, Claire.