The 2019 Classical Tahoe Summer Gala, a benefit event for Classical Tahoe, will be held once again at the beautiful Kern Schumacher Estate in Incline Village. The event promises to stoke the senses and evoke the sounds of  “A Night in Havana” with inspired food stations by acclaimed chef, Colin Smith, with a featured station by Bently Ranch Grill. Guests can enjoy signature cocktails from Bently Heritage mixologists.

The dynamic silent and live auctions culminate in a live performance by the esteemed Cuban pianist, Aldo López-Gavilán.

Funds raised at the Summer Gala are for operating costs, performance fees, and Music Institute programs for multi-generational music education and appreciation including a free Family Concert and Music Makers Faire.

Simply click on the link and submit payment information (all major credit cards accepted) through our secure, online registration system. Pre-registered guests will be the first to know when bidding has gone live and start bidding before the event has even started!

No more paper, faulty pens or hovering over that coveted item! Through mobile bidding, guests can view and bid on packages from wherever they are.

With online bidding, anyone can register and bid from all over the world!*

*Shipping and handling is at the expense of the winning bidder.

Here are the steps…

Here are some tips…

For assistance or questions, contact Allyson Bolton directly at allyson@a-typical.com. 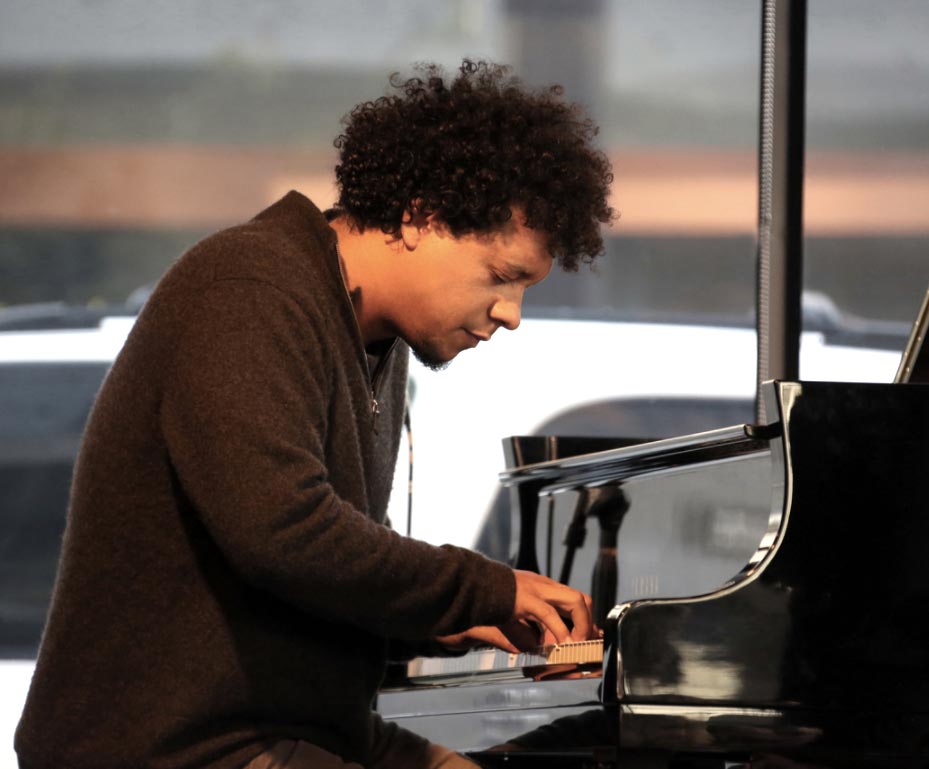 Praised for his “dazzling technique and rhythmic fire” in the Seattle Times, and dubbed a “formidable virtuoso” by The Times of London, Cuban pianist and composer Aldo López-Gavilán excels in both the classical and jazz worlds as a recitalist, concerto soloist, chamber-music collaborator, and performer of his own electrifying jazz compositions. He has appeared in such prestigious concert halls as the Amadeo Roldán (Cuba), Teresa Careño (Venezuela), Bellas Artes (Mexico), Carnegie Hall and Jordan Hall (U.S.), Royal Festival Hall (U.K.), Nybrokajen 11 (Sweden), The Hall of Music (Russia), and Duc de Lombard et Petit Journal Montparnasse (France), as well as venues in Canada, Santo Domingo, Colombia, Spain, Greece, Hong Kong, Burkina Faso, Germany, and Austria.

During the past decade, López-Gavilán’s collaborators have included some of the greatest artists in the classical, popular music, and jazz fields. The late Claudio Abbado, one of the world’s most celebrated and respected conductors, invited him to perform with the Simón Bolívar Youth Orchestra of Venezuela in 2006, in a special concert dedicated to the 250th anniversary of Mozart’s birth. Maestro Abbado subsequently invited him to perform Prokofiev’s Concerto No. 1 in Caracas and Havana. In 2009 López-Gavilán was invited by Carlos Varela to join his band for a tour of Argentina, Chile, and Uruguay; his acoustic arrangements of the music won many accolades from critics and fans. In 2010 he joined the São Paulo Jazz Symphonic Orchestra to perform his music in a concert that was recorded and broadcast on national television in Brazil.

López-Gavilán’s Carnegie Hall debut took place in November of 2012, when he was invited to participate in the hall’s prestigious “Voces de Latino América” festival. That same month he played a two-piano concert with his colleague Harold López-Nussa in Miami.

Aldo López-Gavilán was born in Cuba to a family of internationally acclaimed classical musicians, his father a conductor and composer, his mother a concert pianist. At the age of two, he had written his first musical composition. By four, his mother introduced the budding prodigy to the piano, and he began formal piano studies at the age of seven. His first international triumph was at the age of eleven when he won a Danny Kaye International Children’s Award, organized by UNICEF.  López-Gavilán made his professional debut at age twelve with the Matanzas Symphony Orchestra. He later went on to perform Prokofiev’s Third Concerto with the National Symphonic Orchestra of Cuba. Parallel to his classical abilities, López-Gavilán developed remarkable skills in improvisation. He was invited to perform in the world-famous Havana Jazz Festival with the legendary Chucho Valdés, who called him “simply a genius, a star.”

His recording career began in 1999 with the CD En el ocaso de la hormiga y el elefante, which won the 2000 Grand Prix at Cubadisco as well as awards in the jazz and first-works categories. In 2005, he was invited to join a group of prestigious Cuban pianists to create an album and documentary in honor of Frank Emilio, Amor y piano. He was also included in a DVD set,  Cuban Pianists: The History of Latin Jazz.

López-Gavilán’s second album, Talking to the Universe, was a success with audiences and critics alike. In 2006, he gave a concert of his newest works that was later turned into his third album, Soundbites. Two years later he was included in a documentary on the history of Latin jazz in Cuba titled ¡Manteca, Mondongo y Bacalao con Pan!, directed by Pavel Giroud. It was in that same year that he recorded his fourth CD, Dimensional, which afforded him the flexibility for more musical experimentation. He was also hired to compose the music for a TV documentary titled El Proceso: la historia no contada. In 2009 he released his fifth album, Aldo López-Gavilán en vivo, and finished his first live DVD, Más allá del ocaso, which included orchestral selections and jazz compositions. He also composed original music for the film Casa vieja by acclaimed Cuban director Lester Hamlet. In May 2012 he released his sixth album, De todos los colores y también verde.

Since December 2014, when a new era in the relationship between the U.S. and Cuba was announced, a lot has happened in the cultural exchange between the two countries. López-Gavilán has played a very active role in this development. In April 2016, through Obama’s President’s Committee on the Arts and the Humanities, he was part of the group of Cuban musicians who collaborated in Cuba with such renowned U.S. artists as Joshua Bell, Usher, Dave Matthews, and Smokey Robinson, A few weeks later López-Gavilán’s music was used to accompany Chanel’s Cruise 2017 Collection—the first fashion show to take place in Havana in recent times—and he partnered with American trumpet virtuoso Byron Stripling in a concert at Havana’s Teatro del Museo de Bellas Artes. 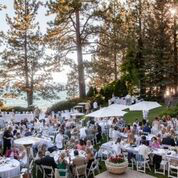 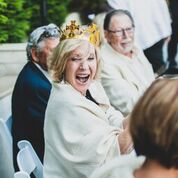 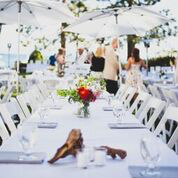 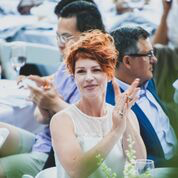 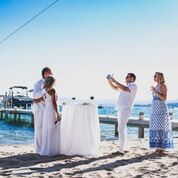 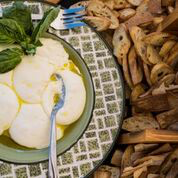 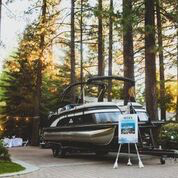 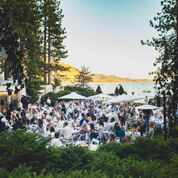 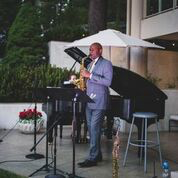 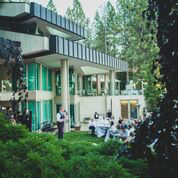 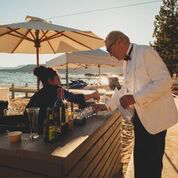 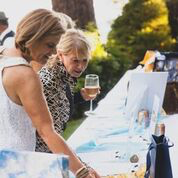